Nvidia made quite an impact on CES today, with the launch of its Tegra K1 Chip. As Jen Hsun said it would be unfair to continue the linear nomenclature of Tegra because the Tegra K1 is generations ahead of its predecessor. The Tegra K1 is not only more powerful than current gen consoles, but its near supercomputer-like power will soon be put into Cars.

The Tegra K1 VCM Project Mercury puts a Graphical Supercomputer into Your Car - So Powerfull It Could Only Have been Designed by Aliens.

A few days ago , a crop circle was discovered featuring the unmistakable pattern (well to the educated eye anyways) of a chipset and the number 192. After CES we now know that it was a publicity stunt by Nvidia for their Tegra K1 Super Chip which features 192 Cores. It also gives weight to their slogan, technology so advanced it could only have been made by aliens. 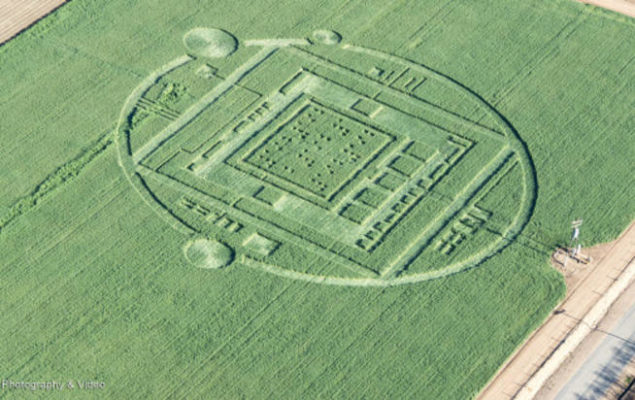 Nvidia has also unveiled a Tegra K1 VCM Module which will be fitted in Cars. Its exact purpose is currently uncertain. Nvidia has made it clear that a VCM will serve two main purposes:

Obviously i do not need to put what the entertainment aspect would be from an Nvidia Super Chip. Games. and more Games. The cars of the future with cool overlays on the windscreen and a console-esque gaming screen behind every screen might just be hair thanks to Nvidia. I will not speculate much about there since this part is pretty obvious yet completely undefined by Nvidia's CEO. It helps that the Tegra K1 will be more powerful than current gen consoles, so if you play it on your Xbox 360 or PS3, it might just be in the backseat of your car in a couple of years. 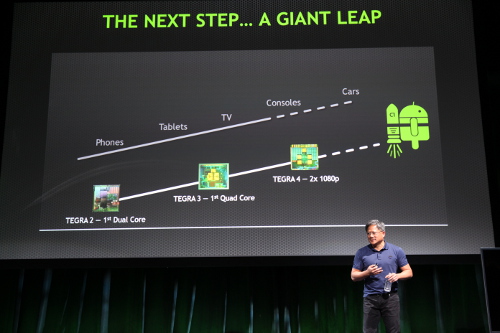 Nvidia's Tegra K1 VCM Project Mercury will include the preexisting technologies like pedestrian detection, adaptive cruise control, collision detection, land departure warning and blind spot monitoring. Apart from that the VCM Project Mercury will innovate car design. As Nvidia puts it there's nothing photo realistic you cant achieve with a Super Chip and a couple billion pixels. Translation? Virtual Gauges, Buttons and maybe even the Dashboard! A true car of the future.

#TegraK1 VCM will put a Graphical Supercomputer in your car. Virtual Gauges, HUDs, Dashboards and On board Gaming. http://t.co/9EzlPxBVQx

Do We Really Need Self-Driving Cars?

Flying Cars Will Be Around Us In Two Years