Mobile chipsets have bragged on many an occasion of being more powerful than consoles and old generation  GPUs. Most of the time, however, that only deals with the raw graphics horsepower and not the actual capability of the chip. Nvidia at the Google I/O Event demoed its Tegra k1 chip running a beautiful demo of the Unreal Engine 4.0 , and best of all, this wasn't some gimped down mobile version, it was the full desktop renderer. 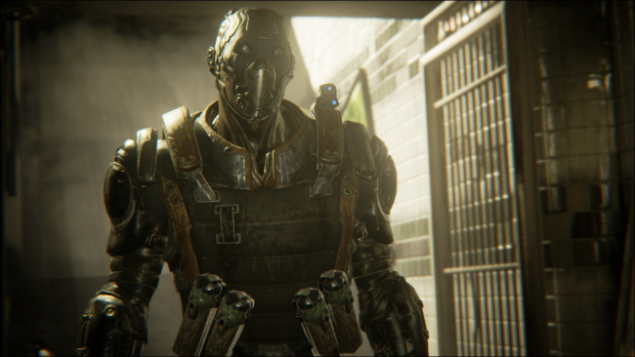 Nvidia has revealed that the Tegra K1 64 Bit version that will be based on the ARMv8 Architecture is already being worked on by Google and will support the 64 Bit Android L from the get go. Not only that but Epic demonstrated the 'Rivals' Demo running on a Tegra K1 chip with a renderer identical to one used in full  fledged desktop games. The amount of eye candy is simply breathtaking although I have a feeling that  we are looking at the thermal envelope of bigger devices than slim smartphones and mobiles. One thing is for certain, the demo was absolutely gorgeous considering the fact that its running on a mobile chip. See for yourself:

Now the actual power shown is of the Android Extension Pack which unlocks 'PC' features such as Tessellation, HDR Tone Mapping, Geometry shaders, Compute shaders and Deferred Rendering among other things. The Rivals Demo was actually ported from the Dircet X 11 API to ES 3.1 (AEP) in under 3 Weeks and is running using the full desktop render on the Tegra K1 chip. We have on good word that Google is working with Intel, ARM, Qualcomm Technologies and Imagination Technologies to bring the Extension Pack to their products as well. However in all probability the Tegra K1 will be the first chip out there in the market to utilize the same. I have always been slightly skeptical of claims of mobile chips beating out old school hardware because most of the time its just well-placed eyecandy and trickery. However the Rivals Demo actually gives a very clear picture of the massively reducing distance between the graphical frontier of desktops and mobile chipsets. Also if there are going to be graphics like these, ultra slim form factor 'Android' consoles might just become a thing after all.