Africa will be launching its first ever private satellite into space in May next year. This satellite is specially designed to monitor and report the shifting weather conditions of the continent. The interesting thing about this satellite is that unlike other private satellites, this one was designed by 14 South African teenage girls as part of a High School STEM (science, Technology, engineering and math) boot camp. Kids are setting the bar really high for each other these days right?

These young girls managed to design the payload for the satellite which will be able to successfully orbit the Earth’s poles and will scan the surface of the African continent. Once the scanning is done, the payload will send back thorough thermal imaging data twice a day. This data is supposedly going to help in disaster management and improve the food security situation in the continent. Brittany Bull, student at Pelican Park High School in South Africa who also worked on this project told the CNN, “We can try to determine and predict the problems Africa will be facing in the future. Where our food is growing, where we can plant more trees and vegetation and also how we can monitor remote areas ... We have a lot of forest fires and floods but we don't always get out there in time." The satellite was bought by the South African organization MEDO (Meta Economic Development Organization) and the students were being trained by satellite engineers from Cape Peninsula University of Technology to make the satellites’ payload.

Why does Africa need this satellite?

Initially the girls only programmed and launched small CricketSat satellites with the aid of high altitude weather balloons. After that they moved on to designing satellite payloads which will collect thermal imaging data and point out where draught and floods are to be expected. This may seem very pointless to some of us but for Africa this is extremely important. Earlier this year in April, an El Niño induced drought led to South Africa producing millions of tons less corn than the usual amount produced and as a result to make up for the shortfall the maize will have to be imported. Those of us who have studied economics and even those who haven’t can understand what a lot of imports can do to a country. One team member from Philippi High School Sesam Mngqengqiswa told CNN, “In South Africa we have experienced some of the worst floods and droughts and it has really affected the farmers very badly. We expect to receive a good signal, which will allow us to receive reliable data ... It's a new field for us [in Africa] but I think with it we would be able to make positive changes to our economy." 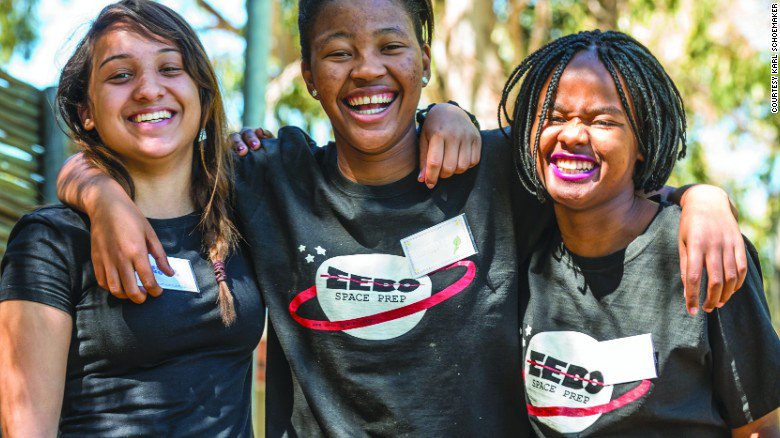 If everything goes according to plan then in May 2017, the first satellite designed by an African private company will be launched. Things don’t end here. The team wants to involve more girls from Namibia, Malawi, Kenya, and Rwanda to the project as a way of inspiring and encouraging young African talent to come forward. The girls currently on the project are very ambitious and have much bigger plans for the future. Some of them want to make it into space even. Mngqengqiswa told CNN, “Discovering space and seeing Earth's atmosphere, it's not something many black Africans have been able to do, or do not get the opportunity to look at. I want to be able to experience these things." "I want to show to fellow girls that we don't need to sit around or limit ourselves," added Bull. "Any career is possible - even aerospace."

Well all we can say to these young girls and their hopes and dreams is “You go girls!”.