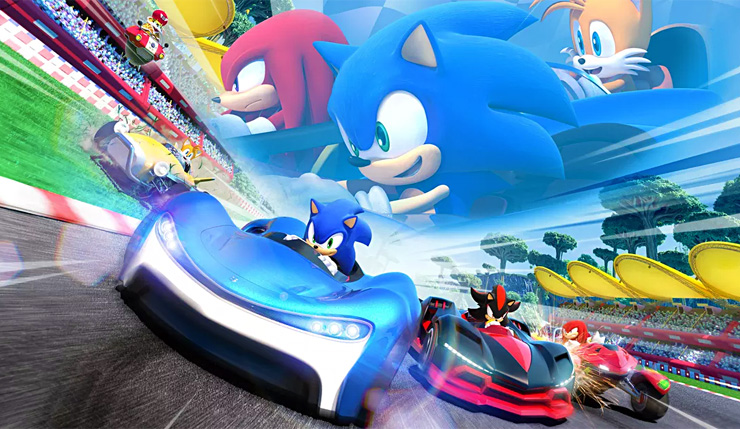 When Team Sonic Racing was officially unveiled last week, most Hedgehog fans probably assumed they knew what the game was all about. The game is developed by Sumo Digital, so it must be a direct sequel to Sonic & All-Stars Racing Transformed, right? Well, not exactly.

A handful of outlets, including Kotaku UK, recently got to try out Team Sonic Racing, and it seems Sega and Sumo and have opted to mix things up a bit. But before we get into that, check out a quick first look of Team Sonic Racing in action, below.

The title Team Sonic Racing is purposeful, as the game focuses on cooperative play, with each race being a showdown between four teams of three racers each. As in most racing games, you’ll get points depending on your finishing position, but victory or defeat will be based on your team’s cumulative score. So, if you come in first, but your teammates are at the back of the pack, you could still lose. Of course, the opposite is also true – you could mess up a race, but be rescued by your teammates.

Thankfully, Team Sonic Racing lets you help your allies by passing them Wisps (the game’s take on power-ups). If you’re in the lead and grab a Wisp you don't need, you can send it to a teammate at the back of the pack. And if you happen to be the one dawdling behind, you can request your friends send you an item. Players can also pull off collaborative moves, like slipstream boosts, and enough well-oiled teamwork will fill a gauge which gives everybody on the team a substantial boost once it's full.

Sega revealed six Team Sonic Racing characters during the demo, which seem to be restricted to specific teams – Team Sonic consists of Sonic, Tails, and Knuckles (naturally), and Team Dark is Shadow, Omega, and Rouge. The game will have 15 character/5 teams in total.

What are your thoughts on Team Sonic Racing’s direction? Personally, I think the team mechanics sound promising – I’m a big fan of Mario Kart: Double Dash and it’s combination of co-op and competitive multiplayer. Oh the other hand, I’m not sure I love the game’s new, more cartoony visuals. But hey, we’ve only seen the one track – maybe others will look better.