A team of international scientists has, for the first time ever in history, been able to control and closely monitor the directions of electrons that were ejected from an atom. This is a huge breakthrough in science and the team of scientists used the FERMI free electron laser in Italy to complete the task. The whole process only took about a few attoseconds- which is around a quintillionth of a second (1×10^−18)!

Scientists will now be able study electrons in ultra-fast processes

This whole process completed means that scientists around the world will be able to control the movement of electrons in between two elements in a chemical compound, which is just great. But what’s even greater is the fact that they will be able to study how electrons move in ultra-fast processes in real time. These ultra-fast processes include combustion and photosynthesis among others that haven’t really been studied like they would be now.

"The next step will be to apply the technique we have demonstrated to the study of more complex processes which occur on the attosecond scale such as catalytic processes and atmospheric chemistry," said lead researcher Kevin Prince, a chemist with the Molecular Model Discovery Laboratory at Swinburne University of Technology in Australia.

The FERMI free electron laser is unlike regular lasers which just shoot photon beams. The FERMI laser shoots high speed electrons which move through its magnetic structure, plus it’s also tunable which allows scientists to change its frequency range from microwaves to infrared etc. The tunable laser technology was used to produce two electron beams of which were of different wavelengths. The short wavelengths were able to control the movement of the electrons and change their direction but only for a very short period of time, a few attoseconds. But knowing it is possible is wonderful.

"Atoms in a molecule move on the scale of femtoseconds - a few millionths of a billionth of a second," said Prince. "But electrons, which are the basis of chemical bonds, are much faster and in the processes they cause, they move a thousand times faster - on the scale of tens or hundreds of attoseconds." 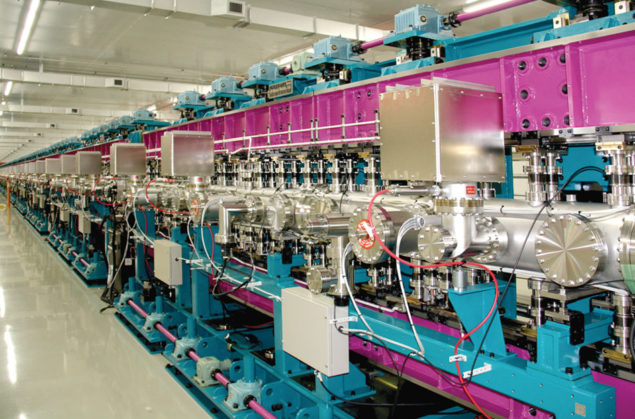 A free electron laser in Japan

The international team consisted of a collaboration between researchers from the Swinburne University in Australia, researchers in Italy, Russia, US, Germany and Japan.

"Like many in the scientific community we have been working for years to develop innovative analytical methods with attosecond resolution to study and control fast dynamics," said Prince. "With this work, that exploits the exceptional properties of the laser light from FERMI, we can say we have finally achieved our goal."

You can read more about the experiment in Nature Photonics. This research will open a lot of doors to many new discoveries, let’s see what happens.