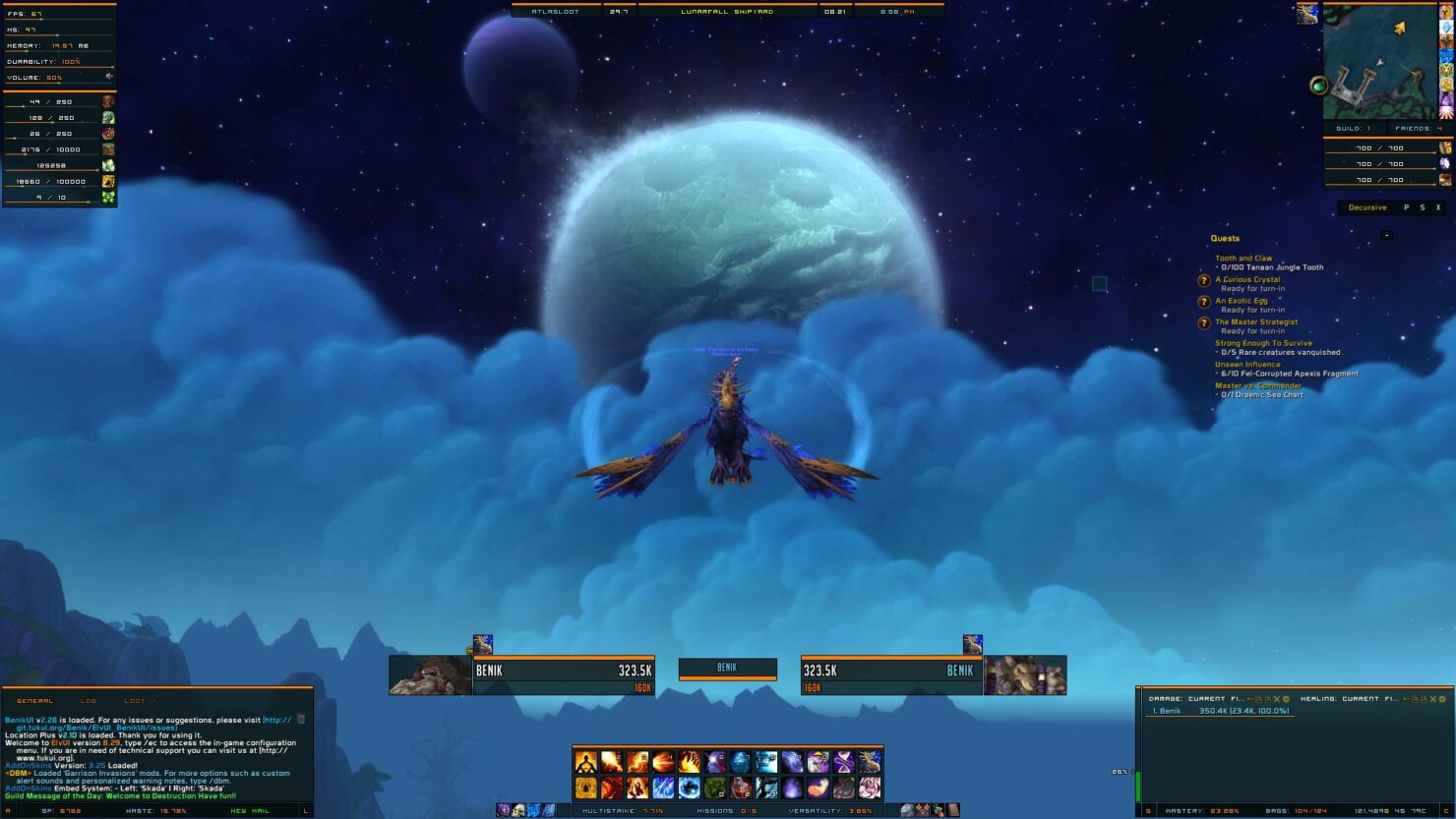 ElvUI, the popular custom interface for World of Warcraft, is now also available for TBC Classic.

Ever since vanilla World of Warcraft, players have been heavily customizing the game’s interface with either individual addons or complete interface overhauls. One of the most popular and user-friendly custom packages might very well be ElvUI. The custom interface was released first released around the game of the Wrath of the Lick King expansion.

ElvUI is a minimalistic interface designed around user-friendliness and is packed with additional features that aren’t included in the game’s stock interface, including DPS meters, buff timers, custom action bars, and much more. In addition, the package includes a complete custom tank and DPS layout as well as a layout for healing classes. Installation is fairly easy and requires minimal setup. Down below you’ll find some screenshots of the interface in action. Please note that most of these screenshots aren't from the TBC version of the UI. They should, however, provide a general impression.

Those interested can download ElvUI through the interface’s official website right here. The interface is updated regularly with the most recent update being released last week.

A clean, lightweight, minimalist and popular user interface among the warcraft community since 2007. Grandfather of ElvUI. Designed for people that want a more modern user interface without bloated features. This is a great UI to start minimal and fresh, more or less like what Blizzard offer with their base UI. Add your preferred addons over this interface for extra functionality.