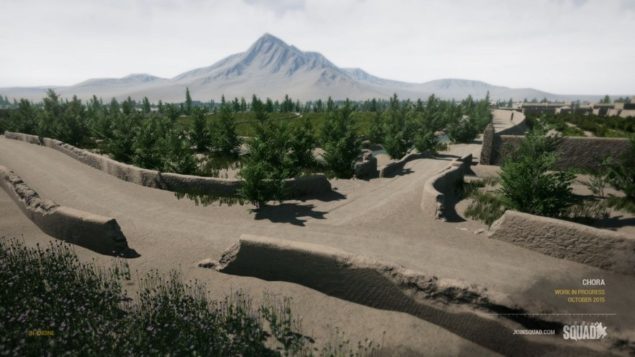 Sitting somewhere between military sim and twitch shooter, the developers at Offworld Industries have tried to create a game that is both accessible and massive, with a target of 100-player battles over the coming months.

Tactical teamwork is the key to the idea behind Squad, so if you're tired of only ever using your microphone to find out what your mom has been up to, this might be the game for you.

Reaction on Steam has already been overwhelmingly positive, with nearly 300 reviews  recommending the title. People who backed the Kickstarter have already started playing, with some of them racking up dozens of hours.

To celebrate the release to the general public, the developers have announced the first wave of Early Access additions and have released two new trailers too.

New gameplay modes and a certain degree of randomization will prove some variety to the gameplay, while player-built bases will give a little bit of control back when deciding who and where to protect.

Integration of Simul trueSky will completely change the sky based on a real time day-night cycle, meaning you'll never be looking at the same horizon.

The developers will also be focusing on updating old character models to bring them up to a better visual standard, with the first view of things to come being revealed in 2016. Players can also expect a new set of vehicles next year.