Tactical FPS Ready or Not Announced, Lets You Play as SWAT Team 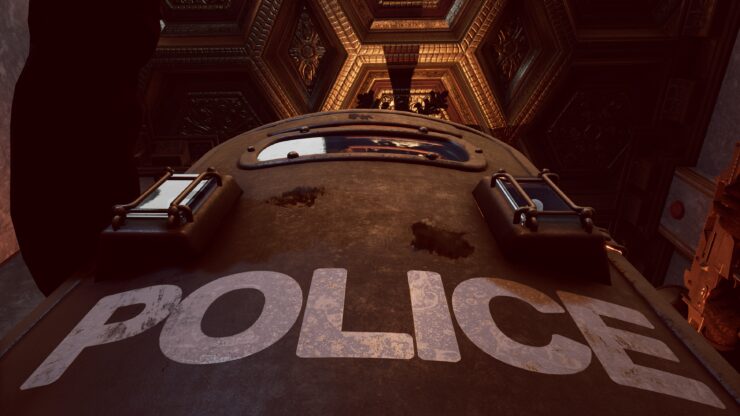 With the recent success of Ubisoft's Rainbow Six: Siege, tactical first-person shooters are once again on the rise.

It's not that surprising, then, to notice other competitors entering this particular niche. Indie studio Void Interactive announced Ready or Not with a stunning reveal trailer, which you can check in 4K resolution below (though it may be prudent not to watch it at work due to some of the content displayed).

Ready or Not lets you play as a SWAT team in a modern America setting where the country "has plunged into havoc". There's a single player mode where you can command AI squadmates, a cooperative mode for up to eight players and a PvP mode, of course.

Ready or Not has been in development since June 2016 and sports an impressive feature set, to say the least.

Incremental lean system
Our most prominent feature involves the players ability to maneuver around obstacles, opening up infinite possibilities regarding tactical positions. Players can duck under low cover to avoid oncoming fire, or peak above high cover in order to spot and return fire upon the enemy. The assigned keys can be tapped in any order to “peek”. On top of this, we have also included a classic quick-lean system seen in many shooters.

Incremental Door control system
This gameplay feature allows for doors of multiple types such as sliding, swinging, and revolving doors, to be manipulated by the mouse wheel at any time. Provided the door is unlocked, players can interact and incrementally move them.

Modular speed control
Our final mouse-wheel-based feature involves the control of the player’s speed by scrolling up or down. This allows for precise movement in a close-quarters environment, which may mean the difference between life and death in a hostile situation. This, of course, can be re-bound to suit our users needs.

Simulated and detailed third person inventory
In a real life situation, each item has its place in a loadout. We wanted to ensure this level of replication, so we included detailed animations and systems which show your teammates exactly what you’re doing. Magazines, grenades, and items are retrieved and returned to their specific pouches, with the pouch flaps opening and closing in synchronicity with the players reload or draw, respectively.

Projectile dynamics, bullets penetrate, ricochet, and deteriorate
Rounds have realistic range, drag, and tumble velocity. Calibers and ammunition types affect how far and how well a projectiles penetrate and exit. All rounds have the ability to ricochet based on surface materials and angle of impact, and deflection has recently been included as a feature. Less-than-lethal rounds will be unlikely to penetrate, but can sometimes still kill depending on proximity and impact area.

Responsive damage system and effects
If a player is shot in the legs, movement is slowed down based on the level of damage. Arm damage will decrease accuracy and increase draw times. Head damage, provided it is survived, can intermittently “haze” the players vision. This is all shown via a passive (read: hidden unless needed) indicator at the bottom of the screen.

Visceral gore
Deaths need to be impactful to the end user and we’re committed to providing an experience like no other. If characters in the game are hit, parallax bullet holes spawn on flesh, and blood will then seep out into surrounding fabrics. A gory bullet hole also becomes an emitter, as individuals who knock their wounds onto objects create a small splatter, based on bone velocity. In the future, we plan to implement an entire bodily destruction system.

Highly detailed weapons, characters and environments
As seen in our gallery and teaser, Ready or Not’s assets aren’t camera-shy. A realistic and high-detail representation of all assets is necessary in immersing the player in our world. Weapon edges are smooth and seamless, environmental detail is minute.

Massive selection of items
As of pre-alpha, we currently have over 30+ items in total, with plans to greatly expand this selection monthly. Concerns may arise over balance issues, but each item will have its place and value considered in order to avoid having duplicate functioning (but visually different) gear. These items include weapons, devices, grenades, and deployable items (read: items that can be selected in our planning phase)

Fully supported competitive servers based on Amazon Gamelift API
Ready or Not features a fully competitive set of gamemodes to test your mettle against other squads in PvP. However, players can still host listen servers and play with custom game rules.

Plans to support squad competitive play
Create a squad with up to ten friends for PvP and Coop. Work as small groups to reap squad rewards, and compete in yearly leader-board competitions to earn unique skins. A passive pointscore system allows players to work together to level and earn more squad points, opening up options in a mission’s planning phase.

We'll be sure to provide updates on the development of Ready or Not as soon as they are shared by Void Interactive.