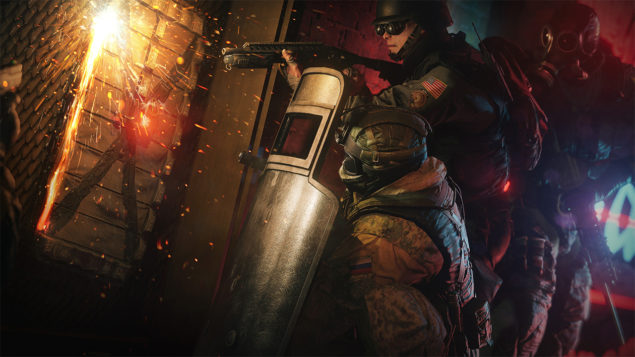 Rainbow Six Siege has been coveted by franchise fans for a long time. After Las Vegas 2 in 2008, it took over seven years for Ubisoft to produce another installment, especially after cancelling Rainbow Six Patriots.

Whereas Patriots was meant to have a strong single player campaign, Ubisoft moved the focus on Rainbow Six Siege firmly on multiplayer. In and of itself, this was not a bad move in any way as multiplayer has always been the strongest part of Rainbow Six games.

However, the real problem of Rainbow Six Siege lies in the title itself. The whole game design concept revolves around laying siege to a certain location, with opposing squads of attackers and defenders facing off. While there are a few different game modes, this always remains at the core of the experience, for better or worse.

When Ubisoft revealed Siege, they pushed heavily on their "procedural destruction" that would have allowed entirely new tactical options, especially when breaching into a room. During the beta tests, it definitely felt like a great addition to the game, but it didn't take more than a few matches before players started figuring out exactly which surfaces could be broken and which ones could not in each map. 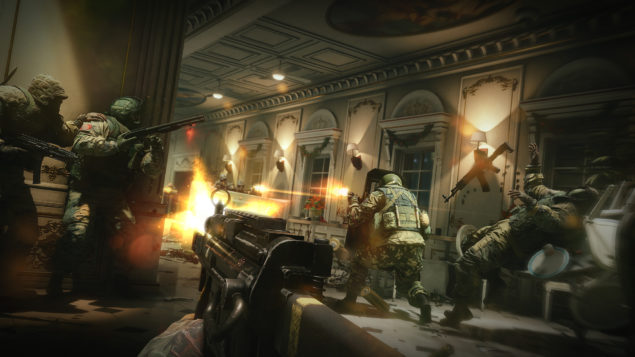 With most of the gameplay effect of procedural destruction pretty much nullified by sheer knowledge, the rounds of Rainbow Six Siege got progressively more stale as tactical options became quite limited. The attackers vs defenders design dictates that defenders will always win if the attackers cannot successfully breach; as a result, most of the map goes entirely wasted as the defenders have no reason to do anything other than staying put in the objective's room and guard all possible entry points.

Most of the time, this translates in you getting killed as soon as you poke your head out of a corner because some defender will have been sniping that exact spot for the past two or three minutes.

It becomes a matter of who has the best reflexes (and latency/ping). As someone who has been playing Rainbow Six games ever since Rogue Spear, I remember clearly that this has never been the dominant gameplay element in the series.

Yes, of course it was a part of the experience especially during tournaments and clan vs clan battles. But the game design and modes didn't impose any such restrictions of roles on the players.

For example, Team Survival required either to wipe out the entire enemy squad, or to have more surviving squad members than the enemy at the end of the time limit. This forced both squads to actually outmaneuver the enemy while sweeping the entire map, and even when a team decides to pull back and defend a position it may be any part of the map, not just some predetermined room. 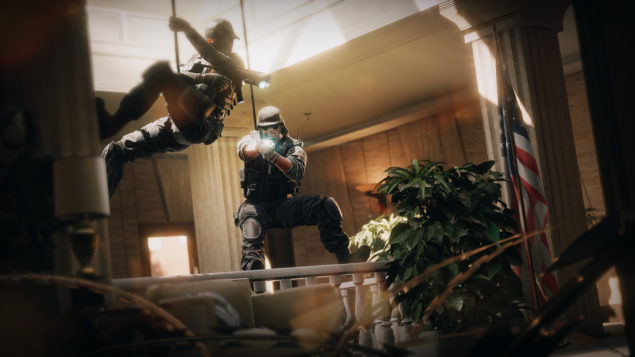 Needless to say, this allowed for multiplayer matches filled with extreme tension. However, within the limits of its particular game design, Rainbow Six Siege does offer thrilling gameplay sessions - in this regard, Siege is absolutely successful in capturing the spirit of former Rainbow Six titles.

If that's what you're looking for in a first person shooter, look no further than this game. It will be especially alluring if you have a tight-knit group of friends to play with, whereas playing alone with random teammates can occasionally be frustrating.

As far as non-PvP modes, the game offers Situations and Terrorist Hunt. The first one is meant to walk a new player through the game's rules via a series of scenarios, while the other one is self-explanatory: a group of players bands together to tackle terrorists in a PvE cooperative environment.

Terrorist Hunt is a great way to improve one's experience with Rainbow Six Siege and get acquainted with the maps without being destroyed by other human players. The AI is a bit erratic, in that it can be both very hard to overcome (at the highest level of difficulty) but also surprisingly dumb in other situations. Overall it's a nice mode, though it is obviously no substitute for a proper campaign.

The graphics quality certainly isn't the strongest asset of Rainbow Six Siege. While it is perfectly fine, it won't impress anyone; that's even more evident when you consider the fairly small size of the maps. Those looking for the best presentation should definitely get the PC version, which also received an Ultra HD texture pack, but even with a high-end PC Siege remains just passable in terms of graphics. If nothing else, the 60FPS frame rate on console (with the exception of Terrorist Hunt, locked at 30FPS on PlayStation 4 & Xbox One) and unlocked frame rate on PC enables very smooth gameplay which is important in a competitive game such as Rainbow Six Siege.

Ubisoft deserves a final note of merit for its post-launch support, though. At the moment of writing this review, they have already pushed several updates that improved matchmaking, gameplay balance and even the netcode which now updates the players' position 60 times per second (at launch it was 30).

Should they continue with this kind of support while listening to the community's feedback, Rainbow Six Siege could turn into a nice, if niche, competitive FPS.