Love Netflix? T-Mobile Is Giving Away Free Netflix Subscription With ‘Netflix On Us’ Promo 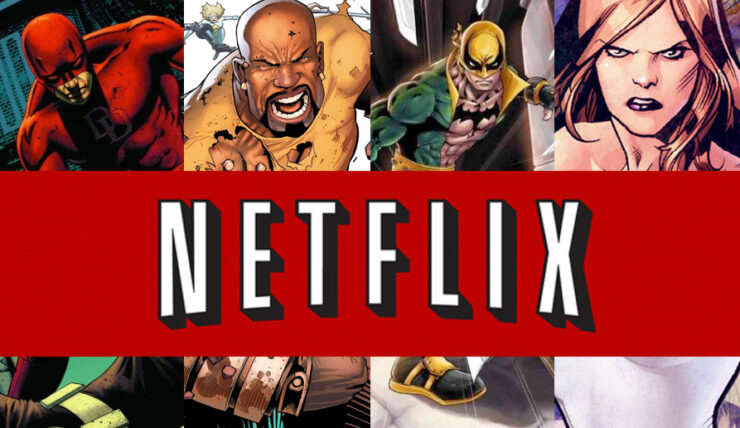 T-Mobile is on the way to fetch as many customers as it can or maybe retain its customers so that they don't turn to other carriers. Today, the company hosted an Un-Carrier Next event to introduce new additions to its Un-Carrier movement. At the event, the carrier announced that it's now adding Netflix for free with some T-Mobile One plans.

To get Netflix for free on your T-Mobile plan, you are required to have at least two or more line active. Two active lines cost $120/month while three lines can make you shell out $140/month, four lines cost $160/month with taxes and fees. Customers with a “line-on-us” also qualify for the promotion. The carrier also notes that the customers on Unlimited 55+ or 2 lines for $100 are eligible for Netflix On Us promotion by making a switch to the latest T-Mobile One Plan.

Netflix On Us promotion on T-Mobile includes Netflix Standard plan, which means that you get to stream two screen on HD simultaneously. If you get this plan on Netflix, then it will cost you $9.99/month, so if you're a T-Mobile customer, then you can save around $120/year. For the ones who watch HDR or Ultra HD content, they can upgrade to $11.99 premium Netflix plan with T-Mobile. The carrier will add the $2 difference to your monthly bill.

For the ones who are not Netflix subscribers, this plan brings nice freebie in the form of Netflix. If you're a T-mobile user who has the same Netflix plan active separately, then this could turn out to be advantageous for you as T-Mobile will take care of the cost of your subscription.

T-Mobile’s Netflix On Us will go live from September 12, and it will be available for both new and existing customers. To enroll in the plan, you can go to T-Mobile’s website or T-Mobile store or just call T-Mobile customer support.

What's your take on this new promotion by T-Mobile? Share your thoughts with us in the comments section below.