n-Space and Digital Extremes have announced that Sword Coast Legends will offer a Head Start Access program for PC, Mac and Linux users (which will enjoy cross-play, by the way). 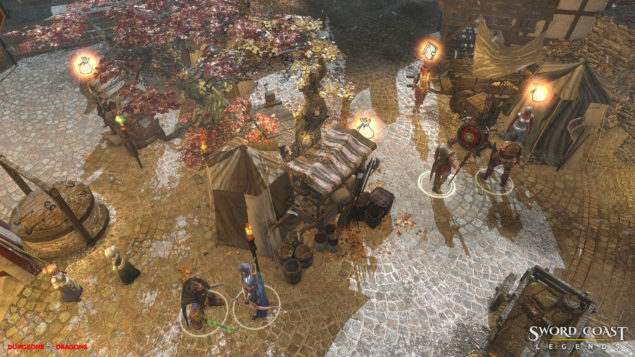 We at n-Space have always intended for our pre-order customers to have a chance to try out the game prior to its September 29th release. To that end, we are announcing the details of Sword Coast Legends’ Head Start access program.

The Head Start will begin on September 11, with three planned sessions. The first one will go on through September 13 and will only be available to those customers who have pre-ordered one of the Limited Edition or Campaign Collector's packs.

The second weekend will run September 18 to 20, and this session will be open to all pre-order customers. In both these two sessions, access will be limited to the Dungeon Master modes of Campaign Creation & Dungeon Crawl.

The press release also mentions that in order to be included in this Head Start Access, players need to link their purchase to an account on SwordCoast.com; access details will then be sent to the email associated with that account.

Sword Coast Legends, a party RPG which mainly aims to recreate that unique pen&paper roleplaying experience between players and Dungeon Master, will also release on PlayStation 4 and Xbox One in Q4 2015; in fact, you can already pre-order the game on the PSN store at $34.79, with a 13% discount on the default price of $39.99.