Dungeons & Dragon's is a masterpiece of lore that has inspired millions, possibly billions, of people in their quest of entertainment. Dungeons & Dragon's has also spawned a tremendous amount of fantasy fiction and other types of media, with inspiration being derived from the Dungeons and Dragon's realm to create other fantastic games. But the definitive experience is on its way with Sword Coast Legends. 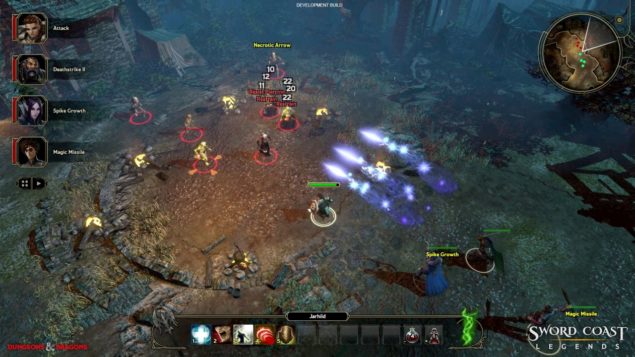 Dungeons & Dragon's is finally set to have the game it deserves, Sword Coast Legends.

There have been a few games that claim to be of the Dungeons & Dragon's variety, but how many actually have captured the essence of what Dungeon's & Dragon's originally created? Not many. There is always something missing from playing a video game that's trying to recreate the experience of the table-top RPG. The dungeon master. You know, the guy that was an expert story-teller that could weave a magical tale that transcended life itself. Well sort of. But the DM was the piece that was missing, and it's now almost back in the new Sword Coast Legends game.

Within Sword Coast Legends you'll be able to make use of a Dungeon Master mode that allows you to guide a party of four through a daring adventure. It mirrors the table-top game rather well, giving you the ability to set your friends down their own adventure, created by you.

Sword Coast Legends also brings the roleplaying dynamic between players and Dungeon Masters to life with DM Mode, a first-of-its-kind real-time experience in which Dungeon Masters guide players through unique customizable adventures. In DM Mode, the Dungeon Master engages players and empowers them to have fun in a way that suits the party best while creating a tailored, non-adversarial 4 with 1 experience that any RPG or pen-and-paper fan will enjoy.

It's great because it opens up a new way to play games that previously wasn't available on any platform, aside from the top of our table surrounded by friends. It's an interesting take on gaming that I think is rather revolutionary. If you're a fan of the Dungeons & Dragon's world, this might be a game worth taking a look at.

Sword Coast Legends doesn't have a release date as of yet, though is expected to be available Q3 of 2015.