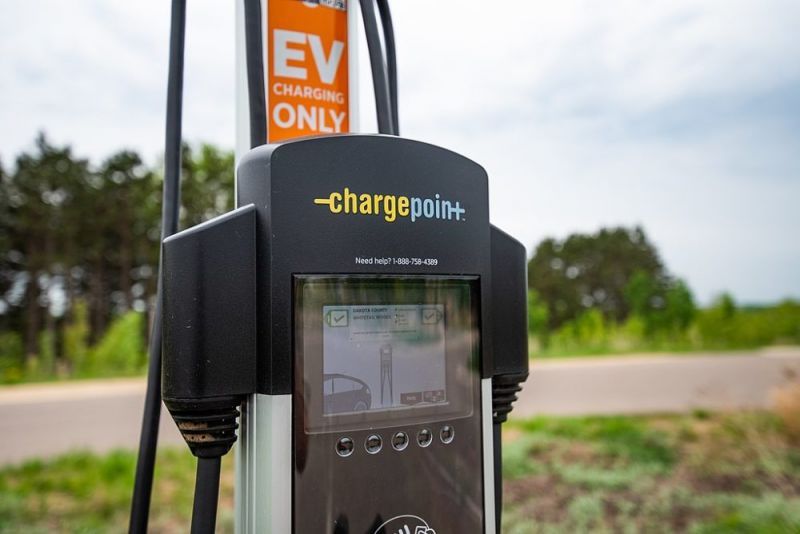 Switchback Energy Acquisition Corp. (NYSE:SBE) looks likely to become the next high-flying SPAC in an era where seemingly impulsive investors bid one stock after another to new zeniths.

Today’s early market trading, particularly in the tech sector, resembles an ocean of red amid a broader pullback. In this backdrop, Switchback Energy Acquisition shares represent one of only a handful of green islands, having registered a gain of 3.46 percent in the pre-market trading, as of 08:46 a.m. ET. This, of course, follows a gain of over 27 percent yesterday.

So, what has prompted this outperformance in Switchback Energy Acquisition shares? Well, Reuters reported yesterday that the SPAC was nearing a formal merger with ChargePoint – one of the oldest and largest EV charging networks. Bear in mind that a Special Purpose Acquisition Company (SPAC) – Switchback Energy Acquisition Corp. is certainly one example – raises funds through an IPO and then channels those funds into acquiring a private company. As the acquisition/merger target is usually not identified at the time of the IPO, such SPACs are often called blank check companies.

Bear in mind that no formal announcement regarding this potential merger between Switchback Energy Acquisition and ChargePoint has yet been made. Moreover, the SPAC has also not submitted the requisite filings with the SEC, suggesting that the matter is still not absolutely certain.

Switchback Energy Acquisition certainly seems to have picked its merger target wisely. As an illustration, ChargePoint was valued at $1.37 billion last month in a private funding round that saw the company raise $127 million in proceeds. According to the company’s website, it is one of the largest EV charging networks in the world, having delivered upwards of 82.1 million charges since its inception in 2007.

As far as the SPAC itself is concerned, Switchback Energy Acquisition had raised $300 million through its public flotation in July 2019. Should this merger deal achieve closure, the combined company is expected to be worth around $2 billion. As per the sources quoted by Reuters, the merger deal may be formally announced next week.

As stated earlier, SPACs are currently all the rage. An important factor behind their popularity is the protection afforded to investors. As an illustration, the funds that a SPAC raises through its IPO are held in a trust account. Moreover, should the SPAC fail to conclude a merger within the stipulated timeframe, the entity is disbanded and the IPO funds are returned to the investors with interest. Judging from the initial euphoric reaction to these merger rumors, it can be safely be concluded that the brightest days for Switchback Energy Acquisition Corp. shares are yet to come.

Switchback Energy Acquisition Corp. (NYSE: SBE) Shares Have Now Racked up Gains of Over 84 Percent in Just 5 Trading Days as the Approaching Merger With ChargePoint Continues To Act as a Catalyst