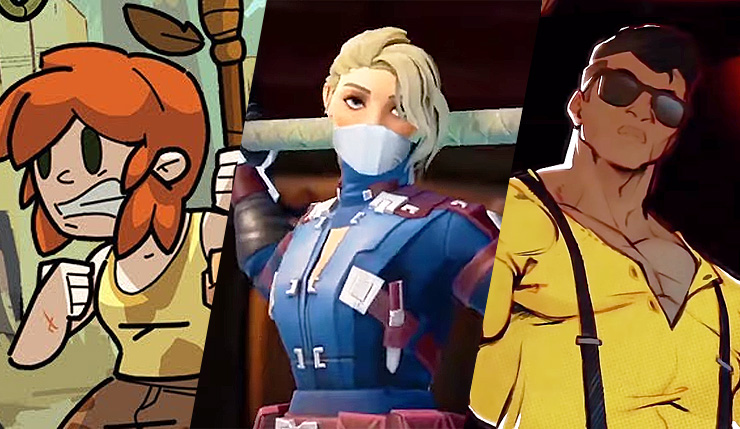 The Switch has become the place to go for quality, well-curated indies, and Nintendo just revealed a whole new batch of ‘em as part of their latest Indie World Showcase (thankfully, they’re no longer calling them, ugh, “Nindies”). Some of the highlights include Sports Story (a much-expanded sequel to Golf Story), The Survivalists (a survival-themed The Escapists spinoff), and Axiom Verge 2. If you’ve got around 20 minutes to spare, you can check out the full Indie World Showcase below.

While I can’t cover everything announced in depth, here are a few select Switch indie announcements you might be interested in:

Sports Story – The sports-RPG Golf Story was one of the first big indie hits on Switch, and the sequel Sports Story expands things significantly with full dungeons, and new sports like tennis, soccer, and dodgeball. Launches exclusively on Switch in mid-2020.

Bake ‘n Switch – This one’s very obviously inspired by Overcooked, but hey, I love Overcooked so I’m excited about this one, too! Beat up balls of dough and bake them into treats with up to three friends! Coming Summer 2020.

Street of Rage 4 – The yellow-shirt-loving Adam Hunter is revealed, meaning all three of the characters from the original Streets of Rage are in the game. This one drops in the first half of 2020.

The Survivalists – A new spinoff from The Escapists franchise. Craft and survive on a procedurally-generated desert island with the help of an army of trained monkeys. Coming 2020.

Axiom Verge 2 – The critically-acclaimed Metroidvania Axiom Verge is getting a sequel! This one’s been in development for four years, and transports the action and adventure to a series of brighter, snowy locales. Fall 2020.

Dauntless – Is available on Nintendo Switch…today! It's free, so check it out!

As mentioned, there were plenty of other things announced, including the cool Hollow-Knight-esque platformer Gleamlight, the “game that makes games” SuperMash, and the skateboarding birds game SkateBird. Indies everybody!

What do you think? See anything you’re willing to take a chance on? I’m definitely all-in on Sports Story and Streets of Rage 4, and I’ve got my Overcooked-loving eye on Bake ‘n Switch.