Swiftech has released two new Hybrid Cooling Solutions for Nvidia GF100 Based Fermi's which include GeForce GTX 480, GTX 470 and GTX 465. The Hybrid Cooling Solution is said to provide much better cooling over the full-coverage water blocks. The main principle of the Cooler is to provide individual cooling to the GPU so that the water cooling can mainly be focused on the GPU Core without spreading heat to other Vital GPU parts which includes VRM and Memory Areas. 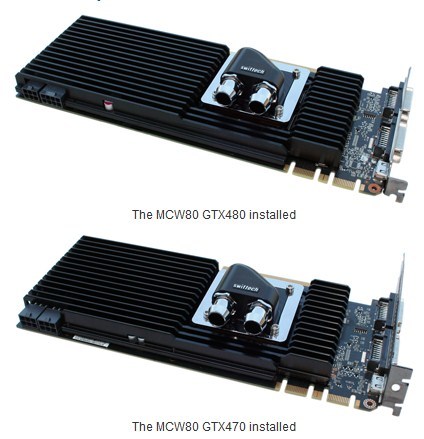 The two Hybrid cooler's from Swiftech are MCW-GTX480 and MCW-GTX470 which will also be compatible with the reference designed GTX 465. These include a MCW80 GPU water block for cooling the GF100 Core while another Full-Coverage Aluminium heatsink cool's the other parts of the GPU which include memory chips and the VRM. 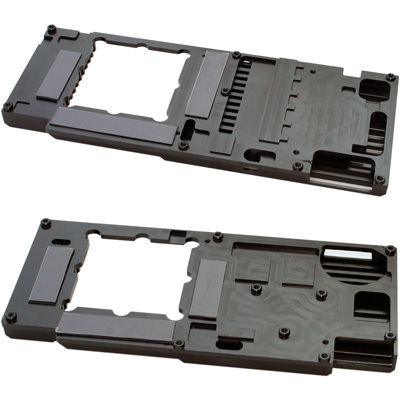 The Heatsink is designed in such a way that a single 80mm fan can also be mounted on it further improving the thermal temps of the GPU. Being better in terms of cooling, these Hybrid solutions are priced lower than the Water Blocks and the MCW80-GTX480 is priced at $99.95, while the MCW80-GTX470 goes for $98.95.

Nvidia Geforce GTX 570 Pictured, Will be Released in December.