Microsoft's first foldable was announced almost two years ago, but they did not ship the phone almost a year later. The original Surface Duo managed to break the grounds that it wanted to break, but Microsoft did not want to give up, so they have decided to try again with the Surface Duo 2.

For the most part, the Surface Duo 2 looks a lot like the original one. Microsoft has still decided to go with two separate displays instead of a single screen. They are both measuring at 5.8-inch, and a noticeable feature is that they now have a 90Hzd refresh rate that will allow you a better scrolling experience. The screen combines a total of 8.3-inches.

In addition to that, the Surface Duo 2 also brings notetaking and drawing with the updated Surface Slim Pen 2 that can be charged wirelessly by the Duo 2 when they are magnetically attached. one physical change here is that the buttons are no longer on edge but the flatter side of the pen. At the same time, the pen tip is sharper. On Windows, you get tiny mechanical vibrations to get the feel of the pen on paper. It sends "tactile signals through the touch receptors on your fingertips." 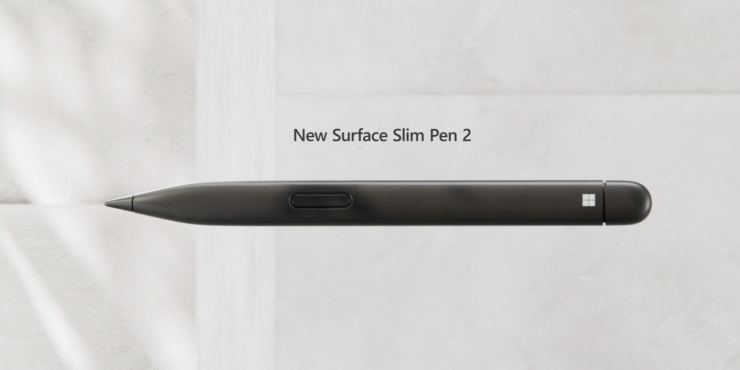 The Surface Duo 2 still has massive top and bottom bezels, and another hardware change is the dedicated rear camera this time around. The foldable feature a triple-lens system comprised of a 12-megapixel primary camera, a 16-megapixel ultrawide camera, or a 12-megapixel telephoto camera. This results in a significant bump, ensuring that the device cannot lay flat on the table or be fully closed in the phone mode.

Other changes include a new black color, the USB Type-C port is now in the center, the fingerprint sensor is also on the right side's edge but is now integrated into the power button.

The Surface Duo 2 also got a hardware upgrade in a Qualcomm Snapdragon 888, 8GB of RAM, 128 or 256GB of storage, Bluetooth 5.0, and 5G connectivity. You are also getting NFC for contactless payments.

For those wondering, the Surface Duo 2 is available for pre-ordering starting at $1,499.99 in the U.S., Australia, Canada, Germany, France, and the UK for the base variant. If you want the 8/256GB model, you are looking at $1,799.99 and the device will be available starting October 21st.