Gigabyte has displayed its new custom Geforce GTX 470 Graphics card. The GTX 470 SuperOverclock (GV-N470SO-13I) is built using Gigabyte's Ultra Durable VGA Plus (UDV+) technology and is powered by a 12+2 Phase VRM due to which the PCB of this card is as long as the GTX 480. The card is highly overclockable as the GPU and memory chips used are said to be hand-picked (by binning). There have been no official details about the specs of the card but the clock speeds will be higher as the card is Superclocked. The card also comes with a massive cooler with a large aluminium fin array which is cooled by three fans. 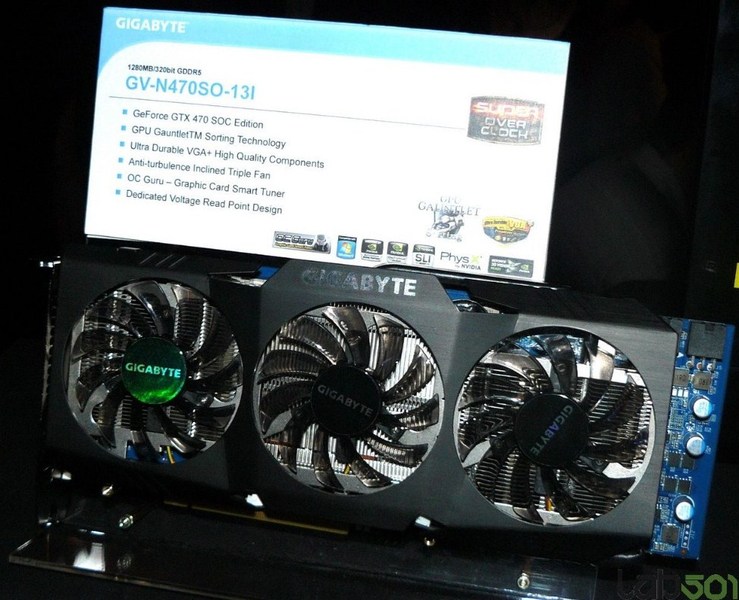 Akasa Announces the Turing QLX, A Fanless case for the Intel NUC 9 Pro