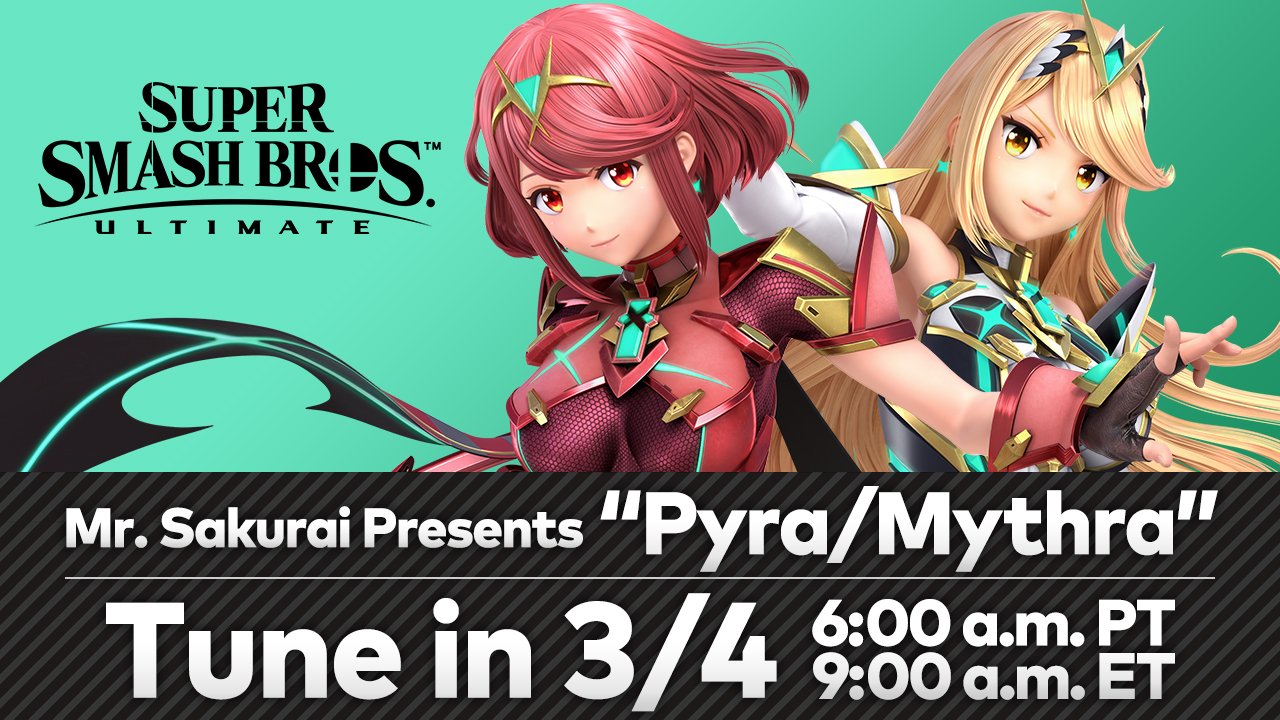 A new Super Smash Bros Ultimate presentation has been announced for next week.

The new presentation, which will be aired on March 4th at 6 am PT, will focus on the next DLC fighter, Pyra/Mythra. The release date is also going to be announced during the 35 minutes long presentation.

The presentation will be roughly 35 minutes long, and there will be no further new fighter announcements.

Super Smash Bros Ultimate is the latest entry in the series. The game features the biggest character roster of the entire series, and it is one of the best Nintendo Switch exclusives released so far.

Gaming icons clash in the ultimate brawl you can play anytime, anywhere Smash rivals off the stage as new characters Simon Belmont and King K. Rool join Inkling, Ridley, and every fighter in Super Smash Bros history. Enjoy enhanced speed and combat at new stages based on the Castlevania series, Super Mario Odyssey, and more