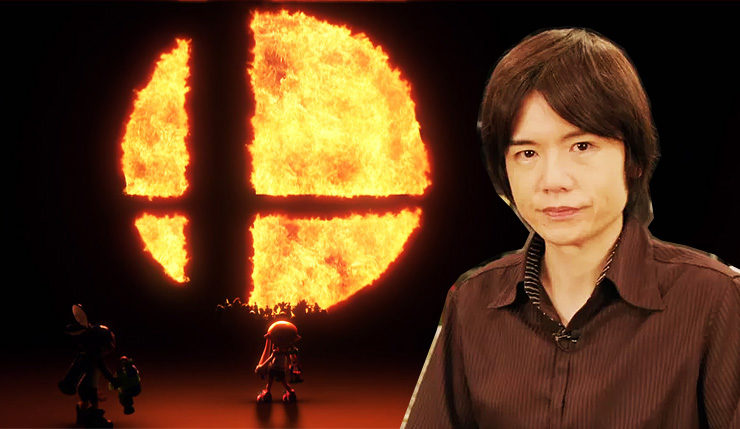 Super Smash Bros. has finally been announced for Nintendo Switch. The reveal, which came during yesterday’s surprisingly-packed Nintendo Direct presentation, confirmed Splatoon’s Inklings would be joining the game, but, otherwise, was short on details. Is Smash for Switch a new game or a port of the Wii U/3DS version? Is Smash Bros. creator Masahiro Sakurai involved in the game’s development? Well, we now have a definitive answer about one of those questions and some hints about the other.

First up, yes, Sakurai is heading up the game. He confirmed it in a Twitter post this past evening (thanks to Source Gaming for the translation):

"Right now, we're just at the stage where we revealed this game, but I've been working on this game in silence day after day. Please wait until we can release more information, or until release day!"

Now, on to the next question – is Smash for Switch a new game or a port? Well, the folks at Source Gaming did a bit of sleuthing and came up with a bit of a timeline.

The most important bit is that Sakurai revealed he was working on a new project in November of 2016. That project was almost certainly the new Smash Bros. So, if Smash for Switch comes out this holiday season it will have been in development for around two years. Is that enough time to create an original Smash Bros. title from scratch? Sakurai works slow, but it’s possible. Even if Smash for Switch recycles some things from the Wii U/3DS version, I think we can expect a lot of new content and features. This definitely isn’t just a quickie port.

What do you think? Will Smash Bros. for Switch be a heavily-updated "Deluxe Edition" port, or more of a true sequel?

Super Smash Bros. brings the rumble to the Nintendo Switch sometime in 2018.