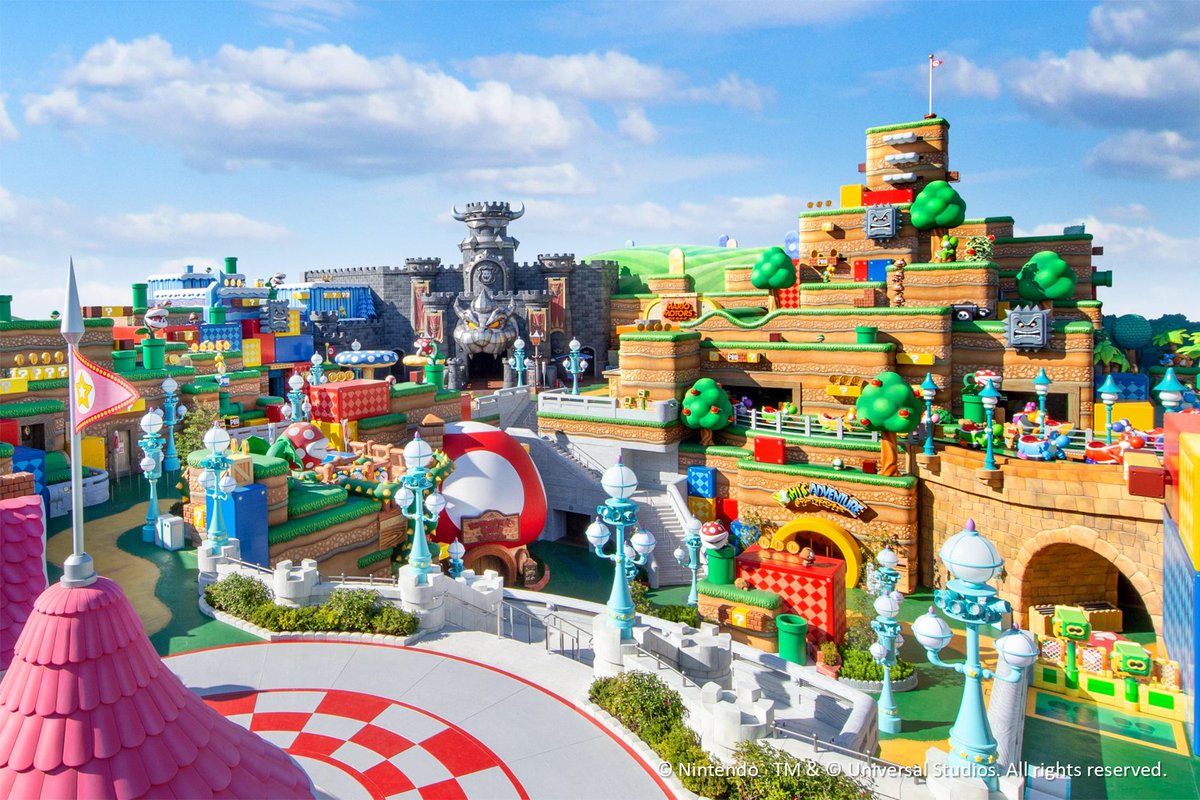 Several members of the press were invited to the park for a sneak peek at what it would have to offer. Inside, attendees were treated to a wide variety of different Mario-themed attractions, complete with custom artwork, a reconstruction of Bowser's Castle, and a massive staircase with a bronze statue of Bowser at the top.

Along the walls, as IGN reports, are portraits of Bowser as well as emblems from the Mario Kart series. There's more of Bowser's touch along the doors, where you see Bowser's silhouette looking down at you. It's clear that Super Nintendo World is all about making you feel as though you've actually stepped into a Mario game.

Perhaps the most interesting of the attractions is the AR-based Mario Kart: Koopa's Challenge, which lets riders strap into special karts that bring Mario Kart into the real world, using projection mapping to make it feel like you're really careening along Rainbow Road to victory.

At Mario Kart Station, riders put on a special headset that looks like Mario's hat complete with an AR screen, and they're sat four to a kart. Each rider has a steering wheel, though it's unclear if everyone will have control of their own unique AR experience or if it will be a group experience. According to Mario Kart: Koopa's Challenge executive producer Thomas Geraghty, headsets will be sanitized after every use, and as such there will be additional COVID-19 measures in place.

Geraghty showed visitors a new Power Up Band and headset and stated that the team will "bring the [Mario] story to life with Nintendo's very compelling characters" and "immerse guests into the world of Nintendo with [the] augmented reality headset." There will be several opportunities for attendees to feel as though they're really throwing shells and racing through the Mushroom Kingdom while at Super Nintendo World.

Previously, Super Nintendo World was delayed past its initial opening day before the 2020 Tokyo Olympics were scheduled to take place this summer. COVID-19 fouled up those plans, but it looks like things are running at full speed to approach some type of normalcy at the park in the near future. While foreign visitors are still unable to visit Japan at the moment, some business visitors and foreign residents may visit the park. If the pandemic can be kept at bay long enough, the plan is for the Japanese government to reopen to tourists later in 2021.

There's no set date for the Super Nintendo World park to open in the United States just yet.