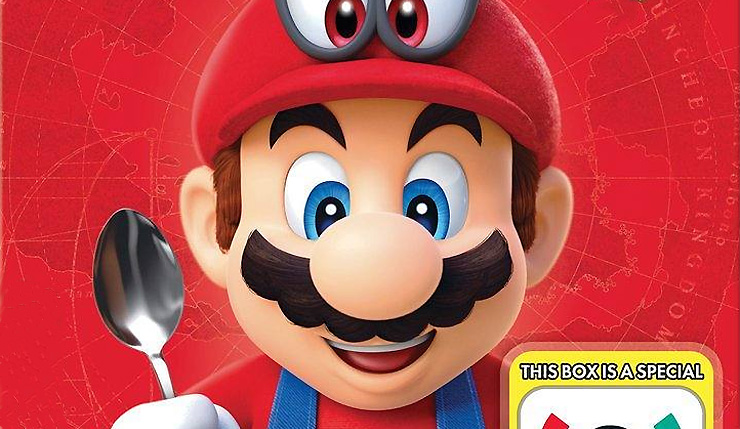 Nintendo is doing pretty well for themselves right now, but how does their current Switch-powered run of success compare to their 1980s hot streak? Back then “Nintendo” was synonymous with gaming, and the company’s characters were plastered on everything, including cereal boxes. Well folks, it seems The Big N’s glory days are well and truly back.

The breakfast cereal insider blog Cerealously (sometimes the Internet is a wonderful place) managed to uncover evidence of a new Super Mario-themed cereal, which has seemingly been confirmed to be the real deal. Here’s the spiel the frosted sugar lump purveyors at Kellogg’s provided to one of Cerealously's readers:

“Fans should keep an eye out for the new Super Mario Cereal, which is hitting store shelves now. This star-shaped cereal features Super Mario-inspired marshmallows, and a limited number of packages will have an Amiibo powerup sticker that can be used on the Super Mario Odyssey game with the Nintendo Switch gaming console.” 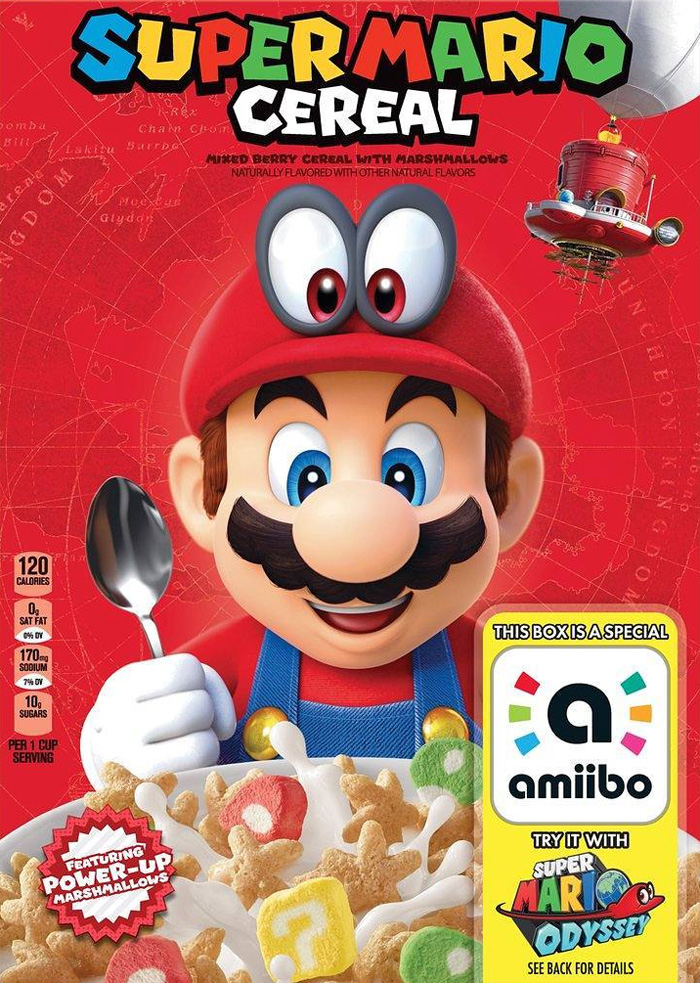 As mentioned above, Super Mario Cereal boxes are actually Amiibo, which can be used with Super Mario Odyssey. If Kellogg’s really wanted to prey on nostalgia, they’d force kids to dig to the bottom of the box for a cellophane-wrapped mini Amiibo figure, but this is still pretty clever. No word yet on what these cereal box Amiibo do.

It’s been 28 years since you could buy official Nintendo-endorsed cereal. Children of the 80s will of course remember Nintendo Cereal System, which came with both “fruity” Super Mario and “berry” Zelda corn pellets in the same box. Honestly, Nintendo branding aside, the cereal was pretty lousy. Thankfully, the new Super Mario Cereal looks a lot more appealing. Sure, it’s just Lucky Charms with Mario shapes, but you’re never too old to start your day with a bowl of dehydrated marshmallows.

If this is legit, and it certainly seems like it is, Super Mario Cereal could already be on your local supermarket’s shelves as we speak.