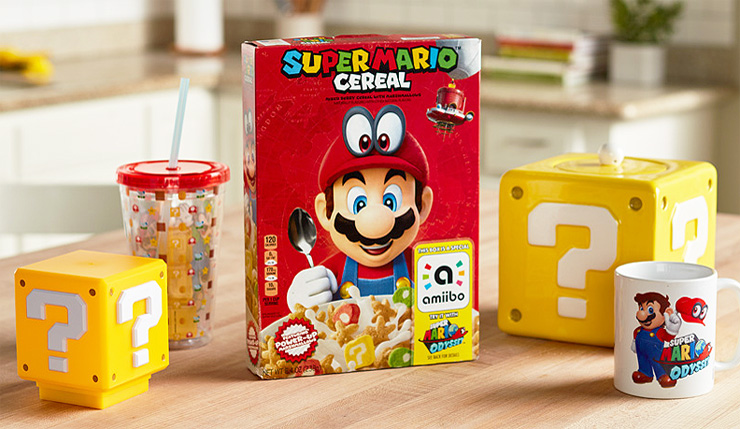 Earlier this week we reported that breakfast cereal insiders (which is a thing you can be, apparently) had uncovered evidence of a new Super Mario Cereal from the chocolate frosted sugar bomb masters at Kellogg’s. The evidence was convincing, but neither Nintendo or Kellogg’s had issued an announcement yet, so we had to file the story under “rumor.” Well, good news, kids! Nintendo has officially confirmed Super Mario Cereal is the real deal! This is the first Nintendo-endorsed cereal in 28 years.

“With Super Mario Cereal, Nintendo and Kellogg’s have teamed up to take fans on a breakfast odyssey that will continue long after the cereal box is empty. This powered-up partnership with Kellogg’s is another exciting way for us to expand the Nintendo brand in unique and creative ways. We are always looking for new opportunities to bring smiles to people of all ages, and this is a fun way to kick off the day.

The limited-edition cereal box will begin hitting store shelves across the US next month. Those playing the Super Mario Odyssey game can tap the cereal box on the Nintendo Switch system, like you would an Amiibo, to receive gold coins or a heart in the game. Even the cereal itself has a Super Mario twist, with colorful power-up marshmallows and a blast of mixed berry flavor in every box.”

Thankfully, it seems like the Amiibo boxes won’t be too overpowered – the last thing Nintendo needs is a cereal-to-win controversy. We already got a look at the front of the Super Mario Cereal box, but now we can check out the fun-filled back side. I'll admit, I miss the days when my breakfast came with a maze. 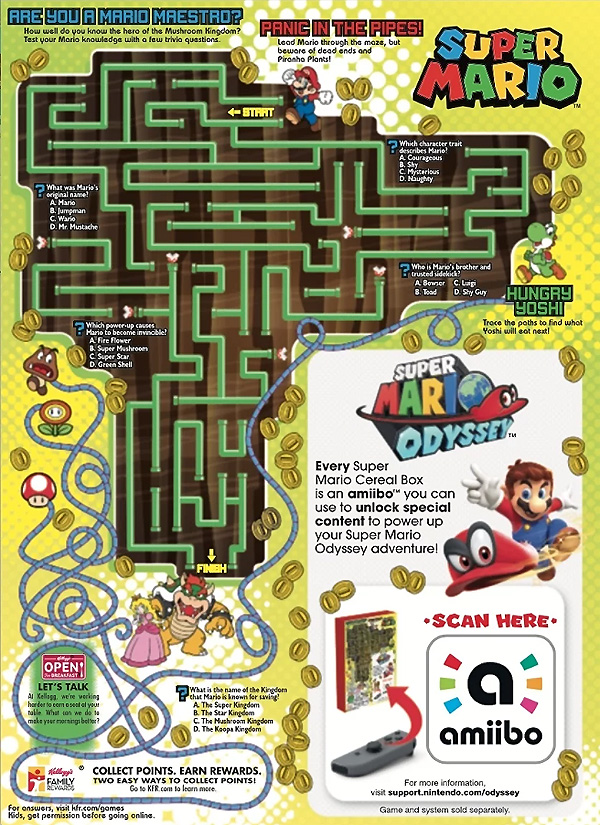 Super Mario Cereal will begin hitting supermarket shelves on December 11. Yes, cereals have release dates now. So far, Super Mario Cereal has only been announced for the US – no word yet on whether it will come to Canada, Europe, or other regions.