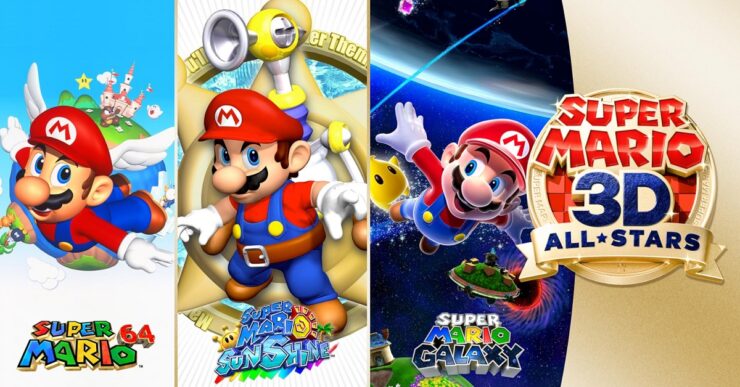 All games included in Super Mario 3D All-Stars will see improvements over the original releases, and Super Mario 64 is going to feature improved textures, as highlighted by a new comparison video.

Following the collection's announcement, GameXplain released a new video comparing the Super Mario 64 Switch remaster with the original Nintendo 64 release. While character models haven't seen much of an improvement, textures definitely have, although the improvements are not on the level most fans expected to see.

How much better does Super Mario 64's graphics look in Super Mario 3D All-Stars vs the Nintendo 64 original? Find out in our head-to-head comparison that recreates the reveal trailer's scenes on original N64 hardware!

Optimized versions of 3D Mario games Super Mario 64, Super Mario Sunshine and Super Mario Galaxy are coming to Nintendo Switch in one package. In addition to having higher resolutions than their original versions, the games have been optimized for a smooth gameplay experience on Nintendo Switch. 3D All-Stars also includes an in-game music-player mode to play the music and songs from all three games. Players can also listen to music on their Nintendo Switch systems when the screen is off.

Super Mario 3D All-Stars is only the first game to be released as part of the Mario 35th Anniversary Celebrations, as Nintendo will release a Switch version of Super Mario 3D World in February 2021 as well as a Super Mario Bros. battle royale game called Super Mario 35 next month.

Super Mario 3D All-Stars launches on September 18th on Nintendo Switch worldwide. The game will be available for purchase until March 31st, 2020.