Scientists Have Completed The First Successful Gene Therapy Against Ageing

Forget using wrinkle removal creams and stop spending big bucks on anti-ageing therapies because a US firm has claimed that it has successfully reversed the effects that ageing has on the body. The claims comes from the CEO, Elizabeth Parrish, of Bioviva USA Inc. She has claimed that for the first time in human history she and her company have managed to reverse the ageing process by using experimental ageing therapy.

Parrish herself underwent gene therapy last year according to a report. The gene therapy was designed to protect against muscles mass depletion that is common in ageing people and the other therapy was to fight stem cell depletion. This whole move on Parrish’s part was to prove that this is no hoax and that the gene therapy by her company is completely safe. If the results are in favor of the company in the long run and can withstand any scientific examination then it would mean that the gene therapy would be the first successful demo of how telomeres are lengthened in humans.

"Current therapeutics offer only marginal benefits for people suffering from diseases of ageing. Additionally, lifestyle modification has limited impact for treating these diseases. Advances in biotechnology is the best solution, and if these results are anywhere near accurate, we’ve made history," Parrish notes.

So what exactly are Telomeres?

I’m no expert but I can give you a slight insight on what a telomere is and how Parrish and her company found a way to reverse the ageing process. Telomeres are regions of repetitive nucleotides sequences at the end of chromosomes; a nucleotide is considered the building block of nucleic acids such as DNA. Telomeres act as buffers as they protect the end of chromosomes from deterioration and wear and tear from natural ageing. But as we age telomeres get too short and they become incapable of protecting a chromosome, this leads to natural ageing that we see in our bodies. 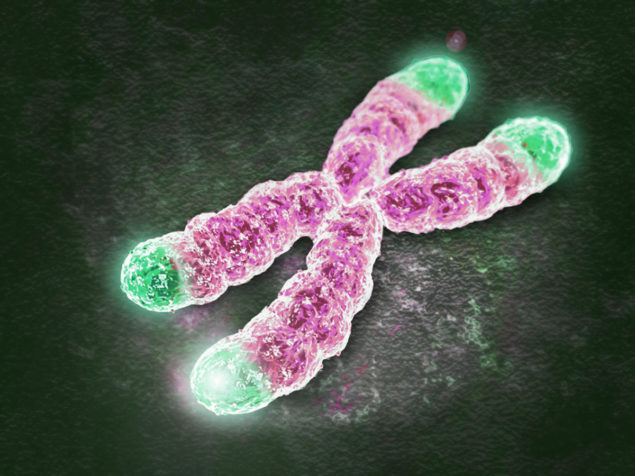 Parrish believes that her experiment is a success because of the scores she received after her gene therapy; the scores were calculated on the basis of the length of telomeres in white blood cells (T-lymphocytes). A high score concluded that the telomeres were big in length and gave a clear indication of younger cells. Parrish is 44 years old and claims that the gene therapy results show that, looking at the average telomere length in American population of the same age range, she reversed 20 years of telomere shortening.

But the most important agenda for now is that the results are still need to be verified and Bioviva is continuously monitoring Parrish’s blood and is expected to continue the same monitoring for a few upcoming months or even years in order to make sure that the claims of Parrish and Bioviva actually holds true or not. And also the possibility, given that the results are a success, to replicate the process on other human beings to reduce the effects of ageing. Please let us know what you think about this experiment and would you like to be a part of such a therapy? in the comments below.