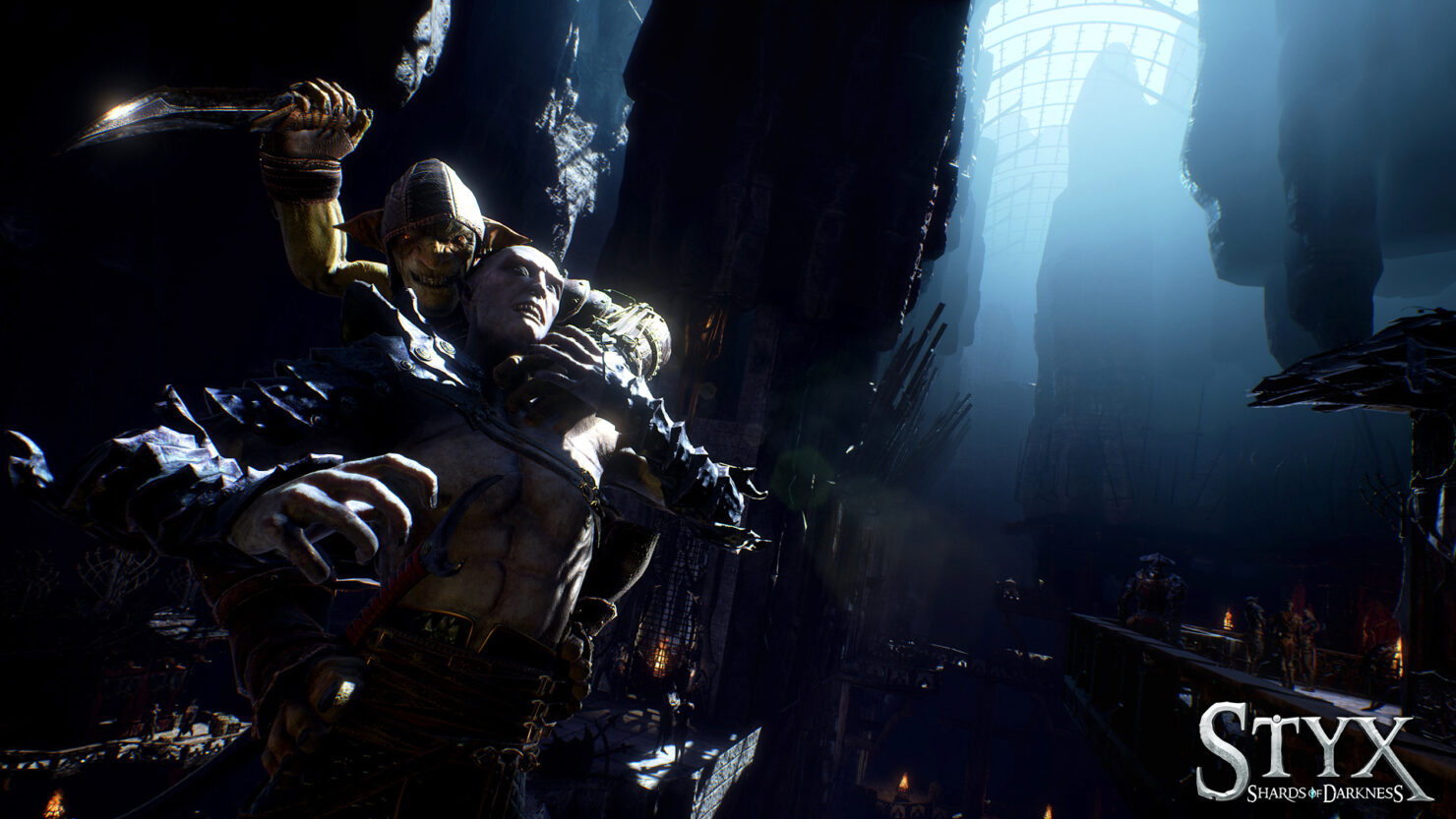 Assassination is more fun when a friend. Focus Home Interactive released a trailer for co-op gameplay for Styx: Shards of Darkness coming later this month on PC, Xbox One and, Playstation 4.

Today's trailer shows us how the drop in/drop out co-op mode featured in Cyanide's stealth-action game. At any point of a mission, you can invite a friend to join in your sneaking adventure. The two of you can create distractions and synchronized assassinations. Another sneaky goblin in the field essentially changes the dynamic of each stage.

Here's what you aspiring thieves should expect in Shard of Darkness:

Styx: Shards of Darkness comes to Playstation 4, Xbox One, and PC on March 14th. Anyone who pre-orders will have access to the Akenash set DLC with Styx's classic gear.

Check back soon for our full review of the game as well as an exclusive interview with the developers.

Following its positive reception from press and players, the centuries-old goblin assassin Styx returns in a new stealth game, Styx: Shards of Darkness, with a bigger budget, bigger ideas, and a new engine: Unreal 4. Master of Shadows was a valiant exploration into the world of the green goblin thief, but Shards of Darkness will delve deeper into a complex narrative and fully realized world. Following the fall of Akenash tower, an extraordinary matter has forced Styx out of hiding to infiltrate Körangar, the city of the Dark Elves. Supposedly impregnable, a diplomatic summit offers Styx a chance at slipping in unnoticed, as he learns that the event is nothing but a mere façade.