Take A Look at These Stunning Uncharted: The Lost Legacy 4K Images 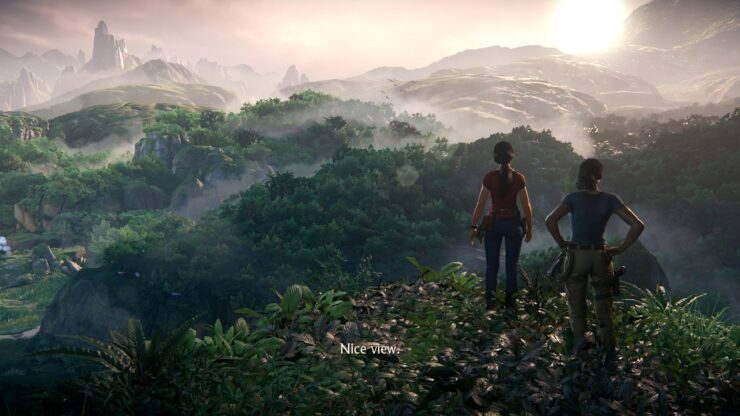 Uncharted: The Lost Legacy is out on August 22nd in North America and August 23rd in Europe, but the review embargo is up now. We've only received our code yesterday, but we still managed to capture some amazing 4K stills of the game running on PlayStation 4 Pro that showcase once again Naughty Dog's mastery of the hardware.

Uncharted: The Lost Legacy follows treasure hunter Chloe Frazer on her journey to recover an ancient Indian artifact. In order to track it down – and keep it out of the hands of a ruthless war profiteer – she must enlist the help of former paramilitary leader turned gun-for-hire Nadine Ross. Together, Chloe and Nadine venture deep into the mountains of India’s Western Ghats to find the ruins of the Hoysala Empire and recover the legendary Golden Tusk of Ganesh.

The game runs at native 1440P (2560x1440) resolution, just like Uncharted 4: A Thief's End, and it also supports High Dynamic Range (HDR) if you have a compatible display. It's Naughty Dog's outstanding art work that stands out even more than any technical details, though.

Uncharted: The Lost Legacy also comes with full support for Uncharted 4: A Thief's End multiplayer mode. There are also new additions coming with an update, such as the Survival Arena mode.

The game will be priced at $39.99. Check back soon for our full review.