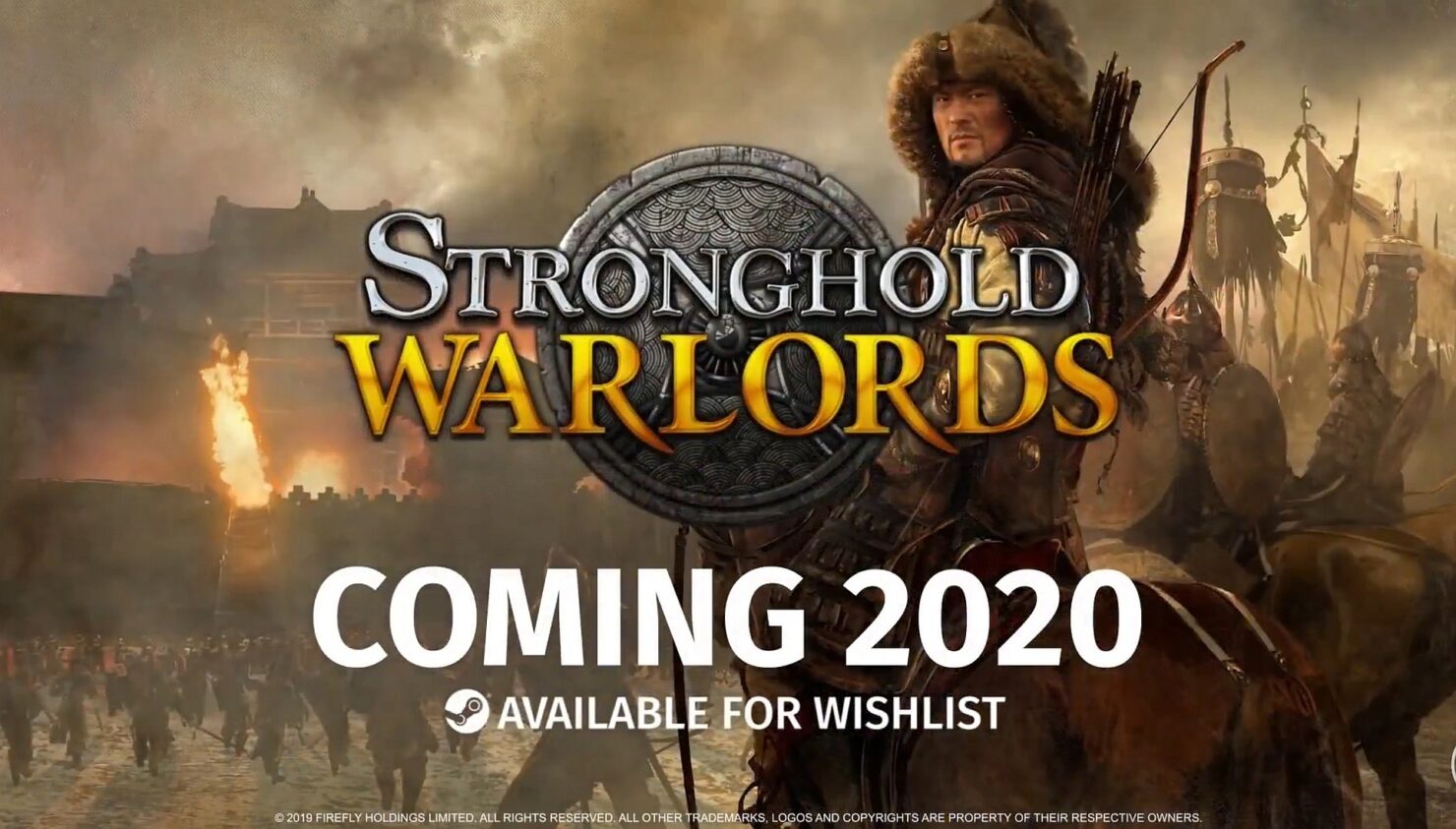 Stronghold, as a series, has certainly seen its ups and downs. It's actually pretty damn strange to me when I realise that Stronghold was one of the few games that brought me into the fold as a PC gamer. Stronghold, being joined in the ranks with classics like Total War, Age of Empires and Command & Conquer. It's a shame that two of these classic franchises are essentially dead (unless Age of Empires IV proves to be great). Still, enough reminiscing, we should talk about Stronghold: Warlords, the upcoming strategy game by FireFly Studios.

One of the major changes you'll find in Stronghold: Warlords is the change in setting. While the series has gone to the east in the past, particularly with titles like Stronghold: Crusader, here you'll find a move into far-east Asia, set between the 3rd century BC all the way through to the Mongol Empire in 1200 AD. In line with the setting - and title of the game - you'll find a brand new warlords system.

This isn't an inclusion that fundamentally changes what Stronghold is, you needn't worry about that. What it does, though, is add an extra tactical layer and element to the game. In each map, you're going to be building your castle in whatever area is allotted to you. In the map, there are also a group of warlords for you to interact with, whichever way you please. The main focus is to get them on your side.

In the mission, I was able to play while at Gamescom, I was tasked with withstanding an attack. One that, I was told, many others failed to do. You know what, my time at Gamescom this year actually made me think that I may be sufficiently adequate at this gaming lark - more than a few games, I was able to simply pick up and play, needing little help from the developers. I also did a strategy that others failed to do.

So, the first thing I did when jumping on the mission handed to me was head north-east with what troops I had. Here was a warlord that focused on defence, aptly named the Turtle Warlord. That made perfect sense because that's where the attacks came from. I quickly steamrolled the warlord, absorbing him into the fold. I aggressively moved south-east and attacked the Tiger Warlord, making quick work of him and getting myself a bit more support. Here's when I was told that I could have used diplomacy points and was pointed towards the Ox warlord. It was a bit of a trek to him and my soldiers were enjoying some of the Dim sum, so I used the points.

In record time, I had all three warlords as part of my force and I was already building up my own base. I was positioning myself for a fight, and a fight I was about to have. To support myself, I was able to use extra diplomacy points to get the Turtle to build up his defences, the Tiger could be directed to send me troops and the Ox would send me supplies. The options available to me would increase if I levelled the warlords up with my points too.

Honestly, it was all fairly easy to pick up and play. Sure, I didn't actually know what I was doing with the warlords until I was told, I just knew that when I attacked them - I made their territory mine. I also found out instantly that I didn't have any direct control over them, aside from the commands I gave using the warlords/diplomacy system. I actually appreciate this to an extent though, because there's no doubt that if you were left to essentially control yourself and three other leaders at once, you'd be splitting yourself too thin. That and it's possible for enemies to control the warlords too.

Much like that system, just playing the game was as expected. Building structures, commanding units and setting up your defences, as well as attacking, was just as you would expect Stronghold: Warlords to be. Surprisingly, it plays like Stronghold! You're not going to find any horrible surprises here, going by what FireFly had on show at Gamescom.

Working in line with this is the use of general resources, like wood, iron and stone. In keeping with the far-eastern setting and time period, Gunpowder makes an appearance as a resource. You'll also find that the building system has been altered too, with each wall segment costing one resource, making it a little more approachable to the player.

One thing that was very noticeable when playing Stronghold: Warlords is, again thanks to the far-east setting, how colourful it is. Everything is very vivid, which really does add to the look of the game. At first glance, you couldn't accuse it of being the best-looking strategy game around, but it's the little details that help to sell it. The little animations of characters have a lot of detail, making it a joy watching your woodcutters, farmers and more go to work.

In addition to that, I was told that a lot of work has gone into historical accuracy, with many things being based on historical sketches from the period. This also includes the use of animals, like an Ox carrying what can only be described as a shit-load of gunpowder. Let me tell you right now, that Ox took no prisoners. Not even itself.

All things considered, Stronghold: Warlords is looking like a good entry into the franchise and like it should be a good strategy game in general. With an aim for the game to have 8 warlords, a 24 mission campaign and online mode, there's no doubt there'll be a good amount of content to play through. When I asked I was told there are no plans to release the game in early access and it will hopefully be released around April or May 2020, on the PC (Steam).