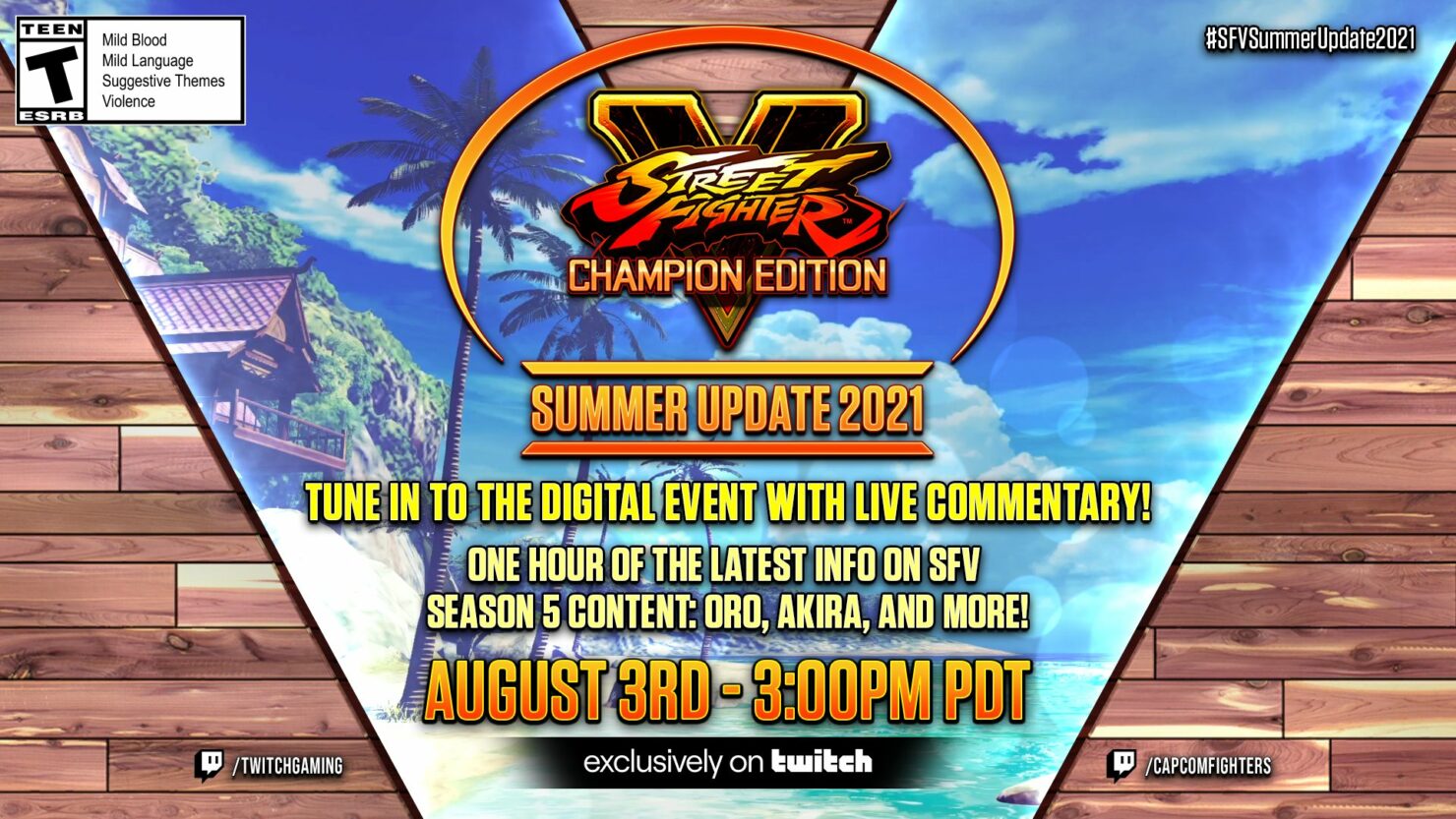 Today, the Japanese publisher announced the Summer Update 2021 show, which will air exclusively on Twitch next week, on August 3rd at 3:00 PM PDT. The show will provide updates and behind the scene looks on upcoming content like Oro, Akira, and more. As both characters are supposed to release during Summer 2021, it's likely we will hear more about possible release dates.

The #SFVSummerUpdate2021 show is coming your way, exclusively on Twitch!

Join us for updates and behind the scenes looks on #SFV including Oro, Akira, and more!

The previous Street Fighter V: Champion Edition show was held back in April, revealing the release date for Rose, the second DLC character released as part of the game's final season following Dan Hibiki, and showing Oro and Akira in action for the first time. The fifth and final character for the season has yet to be revealed.