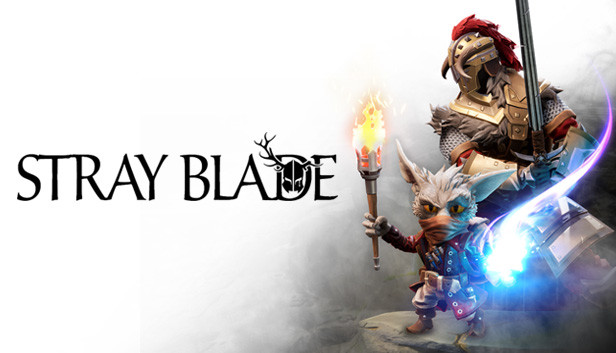 A new action RPG published by 505 Games will be making its rounds on the PC and Console market in 2022. The game known as Stray Blade will let you embark on a journey to discover the story of the forgotten land of Acrea and its ancient legacy. Your task is to regain your freedom and destroy relics of the past to restore peace in the war-torn valley.

You can watch the game's announcement trailer below:

Stray Blade's main draw is its changing world. Every victory you have will leave its mark on the world as a whole. You'll be able to face off against the God-Kings that ruined the land of the past so you can free the land from the shadows of the old era. Of course, your victories will bring greater challenges, and even if you lose, time will move forward.

Accompanying the player in their quest will be a small companion named Boji. Both the player and Boji will have access to individual talent trees and will grow as you trek through the land of Acrea. While the player gains experience through battles, Boji grows alongside you as a craftsman by finding pieces of ancient lore.

Both the player and their companion will explore the deepest corners of an ever-changing world that range from overgrown city ruins to frozen caves and winding canyons. Taking down the Gods of old through a hyper-responsive combat system allows for quick reactions and precise attacks to fully control the flow of battle.

It's a mixture of strategic anticipation of enemy attacks with split-second blade-to-blade reactions. As you win against the Gods, you'll be able to harness their powers to unravel the mysteries of Acrea further and unlock new domains. Stray Blade will be available on PC via Steam and Epic Games Store, Xbox Series, and PlayStation 5.