Stories: The Path of Destinies Releasing in Q1 For PC/PS4; It Will Take 25 Hours To Complete All Stories 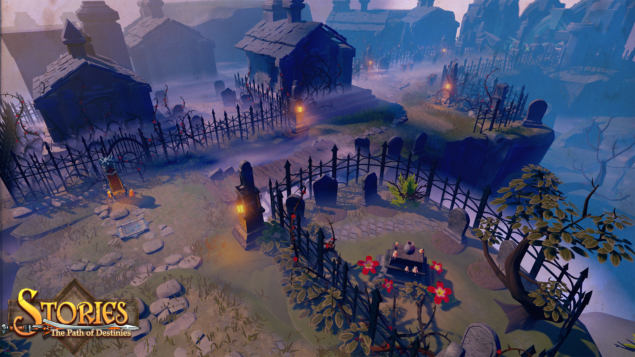 Action RPG Stories: The Path of Destinies is now very close to its launch date. During our interview with Spearhead Games' Co-Founder Malik Boukhira, he explained that the game will launch simultaneously on PC and PlayStation 4 in Q1 2016; considering that Q1 ends in March, we're at most a month away from the release, barring any delays.

We also asked them how much time the game Stories would take to complete. Apparently, it can range from 5 all the way to 25 hours depending on whether you're interested in playing through all the stories that protagonist Reynardo can possibly experience.

As mentioned previously, Reynardo has many Destinies, but only one path in which he lives. Figuring out what that path is requires that the player complete a few stories, which we estimate takes at least five hours. But to explore every narrative possibility and play through all the stories can easily take up to 25 hours. There are no side quests in Stories, as we had our hands full building such an elaborate narrative structure. However, there are some metroidvania elements in the game in that you can unlock new areas, secrets, and paths depending on which magical swords you craft. Your swords double up as keys to these hidden areas.

Xbox One gamers interested in the indie game shouldn't despair, as yesterday we've reported that the developer is still evaluating whether to publish the game on Microsoft's console, too.

Stay tuned for our full interview with Malik Boukhira, which will reveal lots of gameplay details of Stories: The Path of Destinies.