Reuters reported this afternoon that a "phase one" trade deal between warring economic powerhouses China and the United States will no longer happen this year.

The stock market was treading water until the article was released, and within 15 minutes the DOW Jones plummeted over 150 points. For instance, NVIDIA was up nearly 3% and has dropped back to even on the day. This is the power of news when it comes to a massive issue like the U.S. - China trade war and it shows just how keen investors are for a deal to be reached between the two nations. 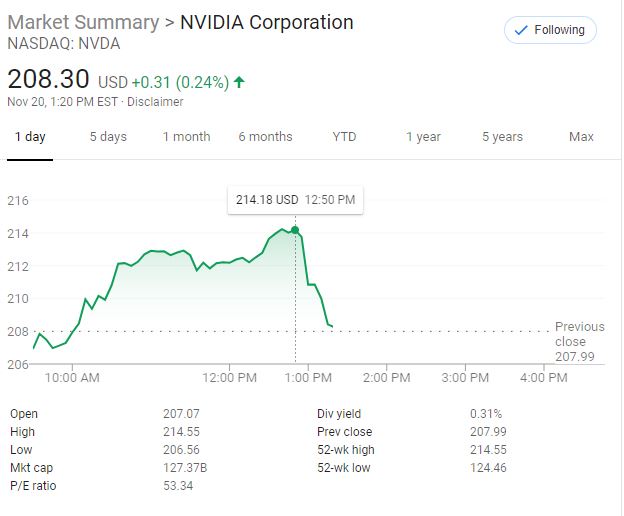 Back in early October Treasury Secretary Steven Mnuchin told the public he expected this phase one trade deal to be ready to be signed in roughly 5 weeks. That date has come and gone with zero progress, and now Reuters is citing reliable sources who claim an actual deal (even an incremental one which could be built upon later) won't be agreed upon until next year in 2020.

This is a significant development if true and the stock market hadn't priced this in as it was expecting, based on Secretary Mnuchin's comments on October 11th, a trade agreement.

U.S. and China both seemed like they wanted a trade deal done this year

China was singing a similar tune. Officials from China alluded that a deal would be signed by President Xi sometime in early December. Both sides were signaling that this agreement would move forward this year and yet we have a reliable news source confident enough to claim otherwise.

It's hard to speculate on an issue as massive and complex as this. Just yesterday the U.S. signed into a law that more or less supports Hong Kong as a more independent entity, entitling it to special trade allowances that mainland China doesn't get. China often uses HK as a proxy to allow itself to skirt other trade regulations (tariffs being a good example), and the world knows that and it is business as usual.

What the U.S. has signed into law are requirements that HK remains independent in order to be allowed these special trade privileges. The U.S. is in effect saying, if you want to continue to use HK as a trade asset then it must remain independent. A review doctrine is going to be enforced by Congress to enforce these new guidelines.

China certainly isn't happy about that, so this could be the fire under the pot so to speak. Remember, Congress is a separate branch from the President's Executive branch. In fact, the Executive branch controls trade policy and U.S. companies were beginning to be given licenses to sell to Huawei once again as we reported just minutes ago.

Trump and Xi could have been close to signing a deal when Congress threw a monkey in the wrench. We don't know for sure right now, but just like the rest of the world, we will now be forced to wait even longer before a trade deal materializes.