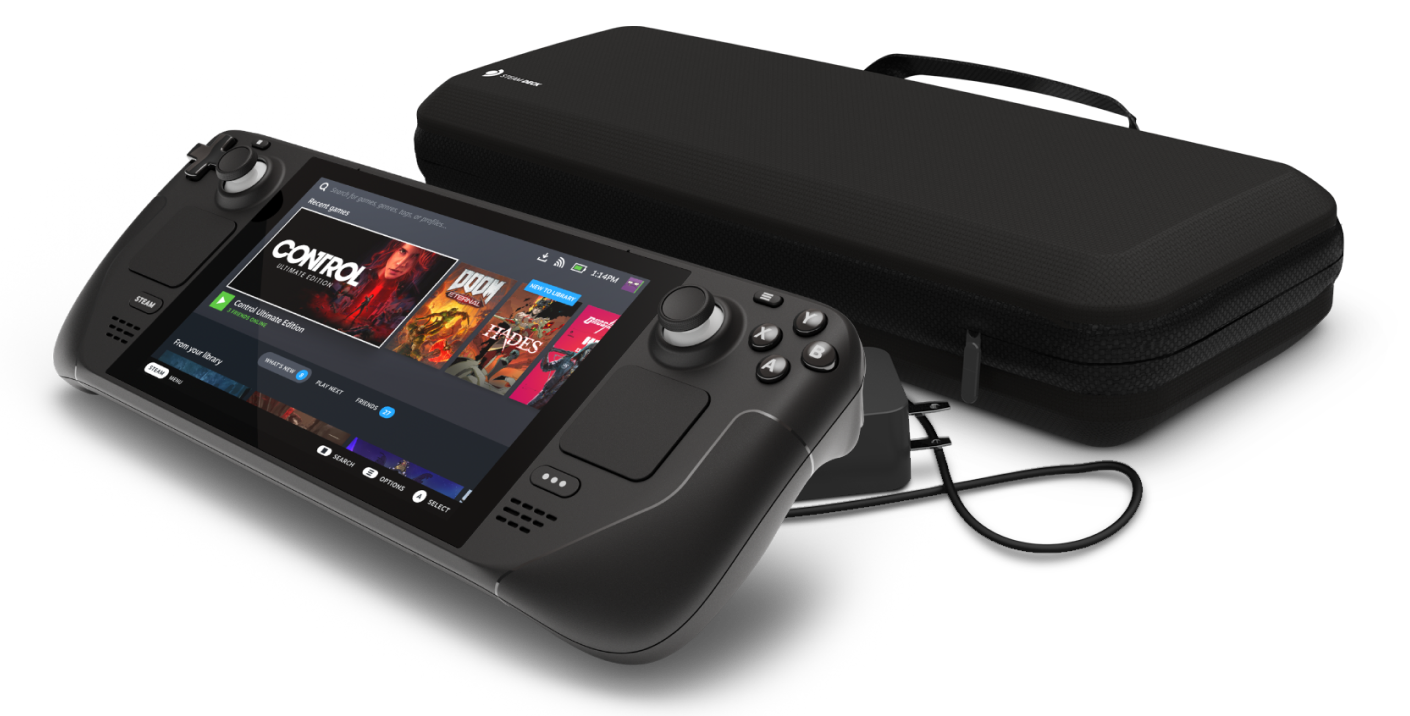 During the Steamworks Virtual Conference dedicated to the Steam Deck, Valve shared a lot more information on the hardware of its upcoming PC handheld system.

To begin with, we learned that the custom SoC used in the Steam Deck is codenamed Aerith. The APU block, a combination of AMD's Zen 2 and RDNA2 technologies, was specifically designed to accommodate the low target requirement for power (the TDP is 4-15W). In the dedicated Steam Deck hardware presentation, Valve engineer Yazan Aldehayyat explained:

What's truly novel about our processor is that was designed from the ground up to be optimized for the 4 to 15 watt power envelope available to us in this form factor. The one major takeaway that I'd like to leave you with today is that the level of performance per watt we were able to achieve with this processor would simply not have been possible using any off-the-shelf processor that exists today.

Still, there's no hard limit on how much power can be consumed by the Steam Deck, which is why Valve recommends that developers add a frame rate limiter to their games. Even if they don't, a global frame rate limiter is in the works so that users may eventually get to pick the optimal balance between performance and battery life that suits their needs. 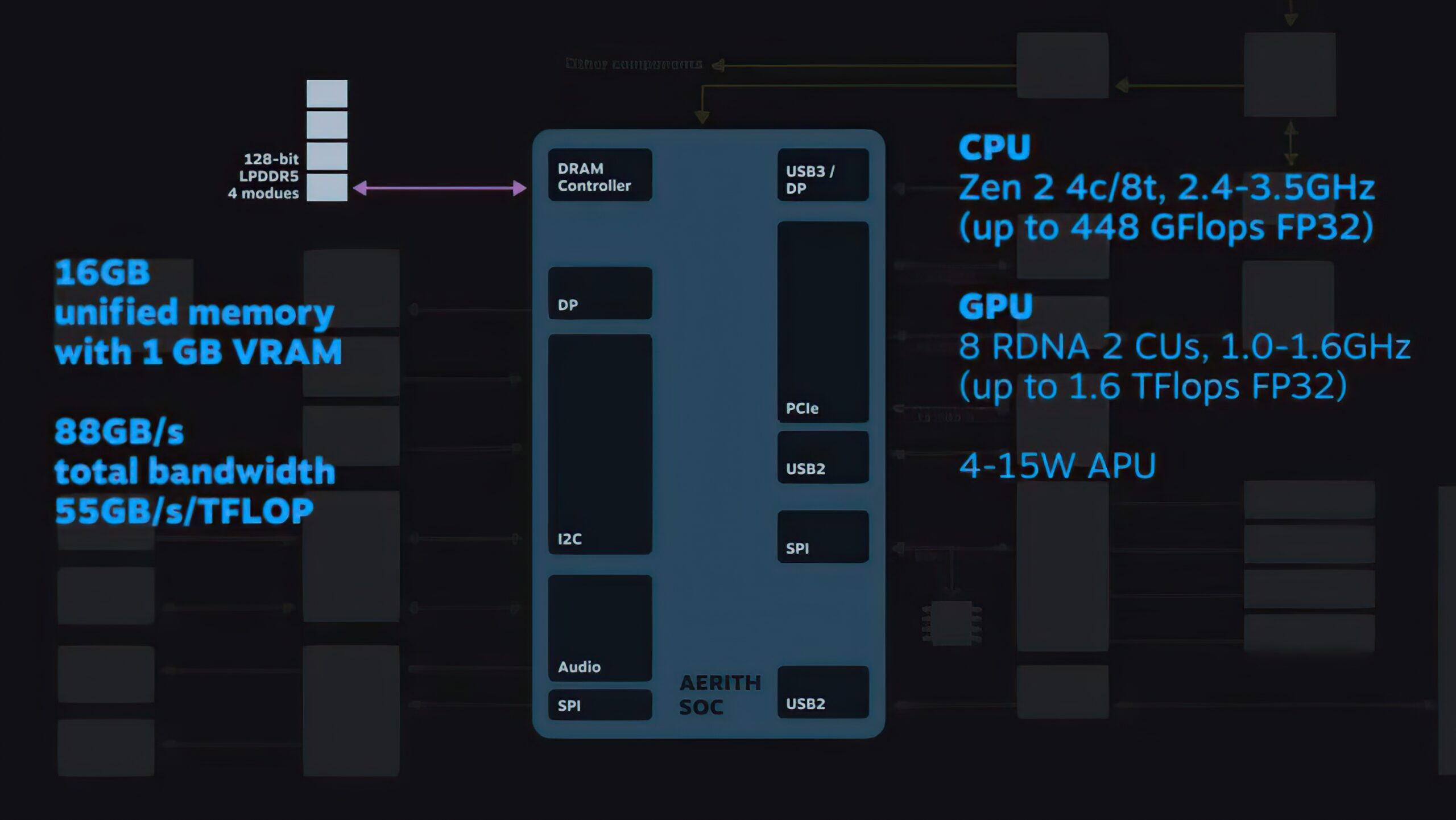 The CPU and GPU clocks are relatively low because Valve expressly wants gaming performance to be consistent in all scenarios. As such, they've avoided adopting turbo boost technologies such as those used in laptops or smartphones.

Aldehayyat then proceeded to discuss the reasons for going with LPDDR5 memory.

The first one is memory bandwidth. Our APU runs at 128-bit wide memory bus at 5.5 GHZ; this combines to a total of 88 GB/s worth of bandwidth, which if you compare on a per teraflop basis, actually exceeds a lot of dedicated desktop-grade GPUs.

The other advantage to LPDDR5 is power efficiency. It offers a lot of great power-saving features that truly manifest themselves in low power scenarios like 2D games, idle, and sleep.

The 16GB of memory are unified, as expected. Aldehayyat noted that most Steam games currently run fine on 8 or 12GB, but Valve desired the Steam Deck to be future-proof, which is why the company chose to add more memory.

The presentation ended with an early comparison of the differences between the various storage options available for the Steam Deck. As you can see in the benchmark below, the cheaper 64GB eMMC predictably loads and boots slower than the 512GB NVMe SSD, but the gameplay experience shouldn't suffer too much even when picking the eMMC. 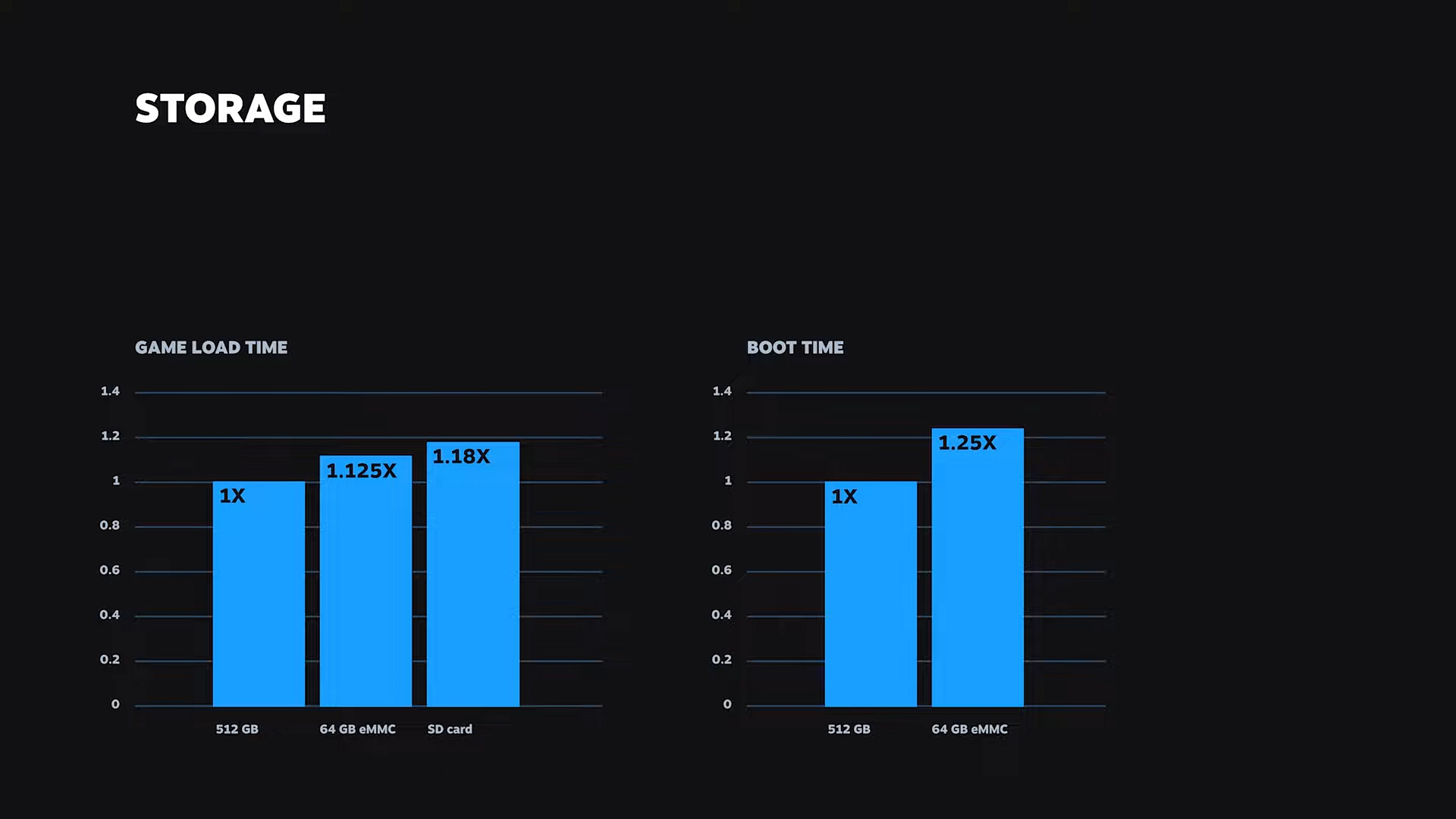 That's not all we learned about the PC handheld system. In the Q&A section of the APU deep dive with AMD, Sebastian Nussbaum (Corporate VP of Product and Technologies at AMD's Semi-Custom Business Unit) confirmed that FidelityFX Super Resolution will be introduced at an OS level in a future Steam Deck update. This means users will be able to enforce FSR in games that don't have native support for it.

Lastly, on the Steam Deck documentation page for developers, Valve compared the level of performance that can be expected from the device to an existing mini-PC, the MinisForum Elite Mini Um700, priced at $670 on Amazon.

The team agreed that if a game runs well on this mini-PC at 1280 x 800, it will definitely run well on Steam Deck - compared to Steam Deck, this system's GPU is weaker and there's less memory bandwidth, but the CPU is a bit stronger. It's underpowered compared to Steam Deck, but is the closest system we could find that is still generally available for purchase.

As a reminder, the Steam Deck's debut was recently delayed to February 2022 due to components failing to reach manufacturing facilities in time for the previous December 2021 launch window.