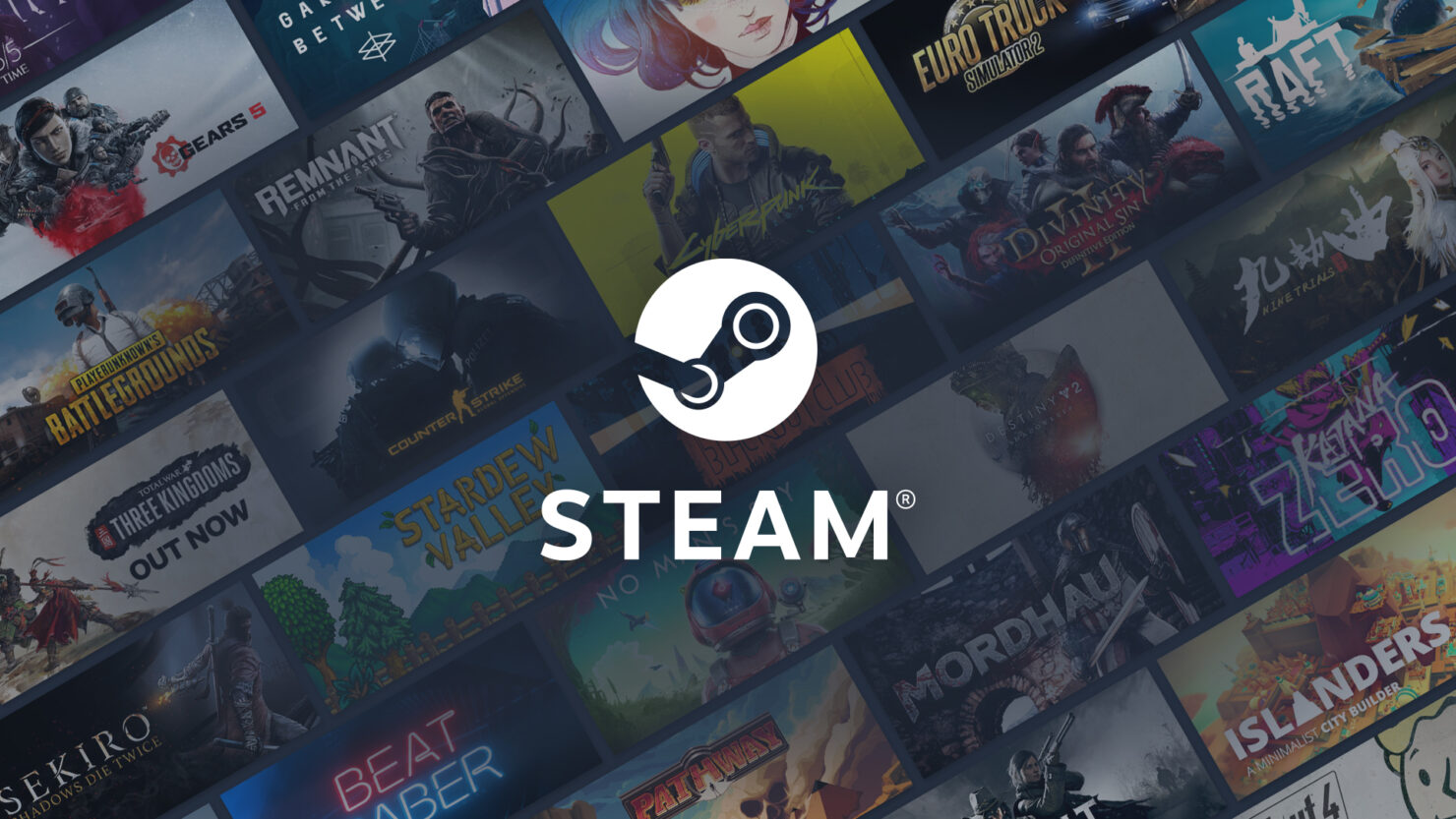 Everyone’s been at home more often than not following the state of affairs since the middle of 2020. Since we’re stuck home, we wind up turning to digital forms of entertainment, such as YouTube or playing video games. The latter is what we’re discussing today, as Steam’s popularity continues to rise.

The service, originally created all the way back in 2003, has gone through many changes, game releases, store updates, and more in the almost two decades it’s existed. It’s also been one of, if not, the, most popular storefronts for PC gamers. As we draw closer to February 2022, this trend hasn’t changed.

Steam started 2022 with nearly 28M concurrent users and has now breached 29.2M. This recent spurt marks a pretty swift move up in numbers. A concurrent record was announced at the start of the New Year with 28.2M users, and two weeks later, Valve is eating into the last million before the 30M milestone is breached.

As of the time of writing, the all-time peak concurrent users on Steam is 29,201,174 as reported by SteamDB: 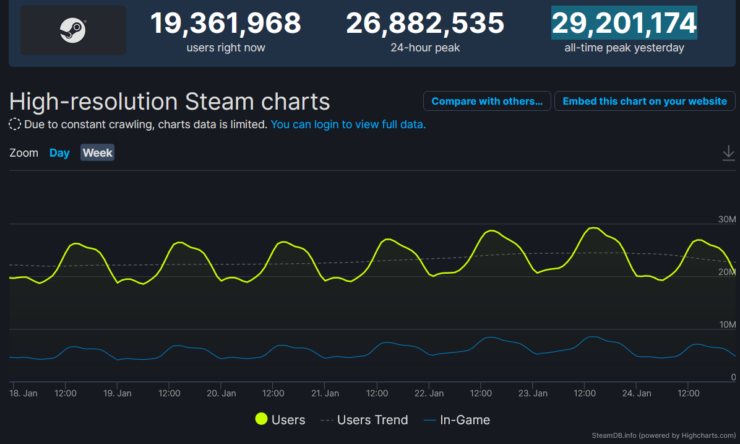 There are multiple factors one could assume when talking about why Steam is hitting numbers that high. One such factor would be that Valve has a very active player base on flagship games Counter-Strike: Global Offensive and DOTA 2, topping over 900K and 787K active gamers, respectively, within the last 24 hours.

Another such case could be seen in the game PlayerUnknown’s Battlegrounds. Recently, the game had settled into a free-to-play model. As it stands, the wildly popular battle royale title had comfortably achieved a player base of over 600K Steam gamers in just the past 24 hours, which is an excellent sign for a thriving video game.

Steam’s numbers continue to rise, and from the looks of it, may break 30 million users when we reach the midway point of 2022. It’d be fair to assume that by the end of 2022, they might be over 35 million users, or beyond.