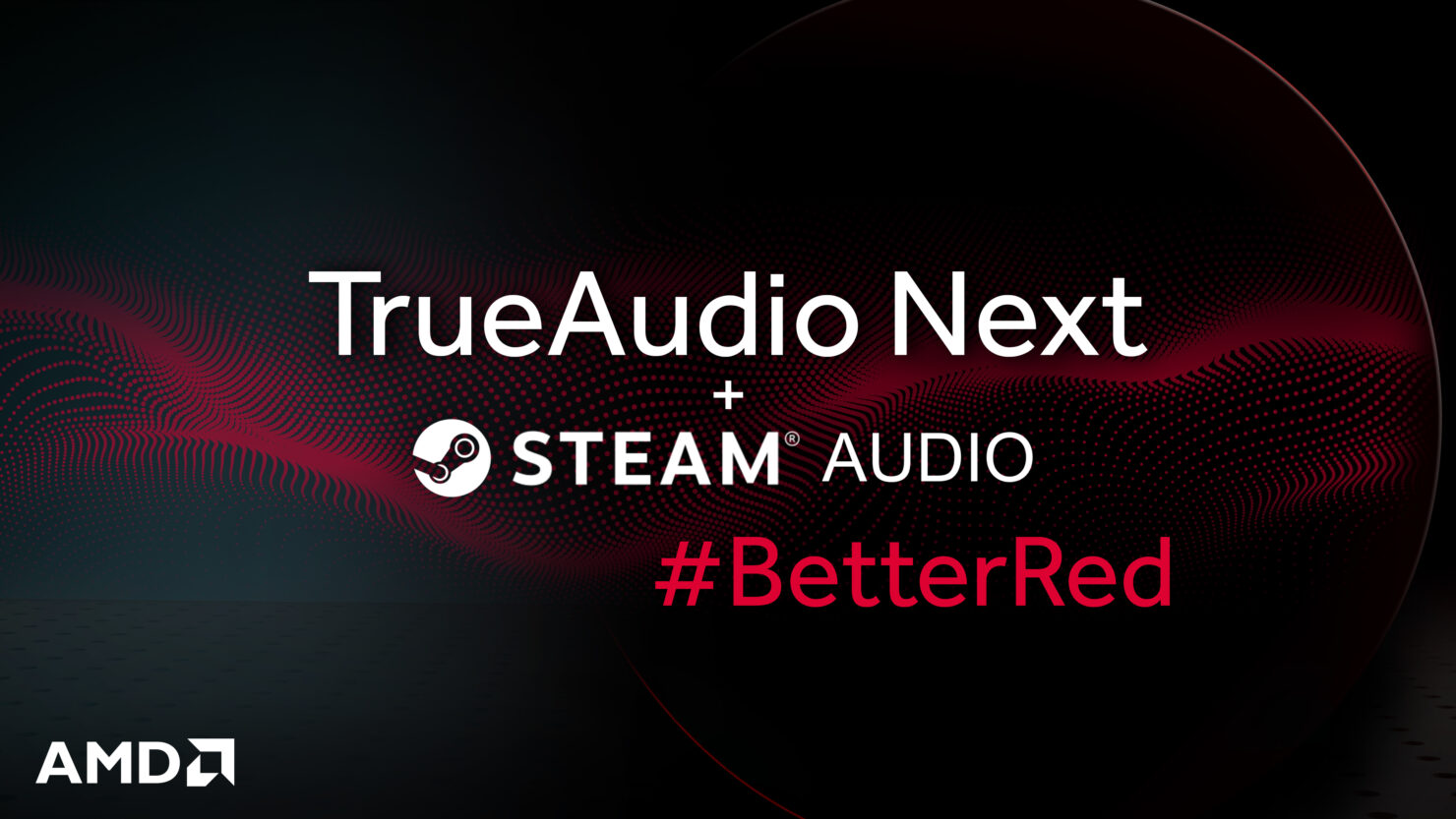 Valve announced earlier this week the release of Steam Audio 2.0 beta 13, which adds support for AMD's TrueAudio Next sound technology. According to Valve, this will allow developers to enable increased acoustic complexity and a greater sense of presence in both VR and non-VR applications; below you can find their longer, technical explanation.

As a reminder, TrueAudio Next was introduced with the Radeon 400 series as a means to utilize the GPU in order to simulate audio physics; the SDK is open source and available through GPUOpen.

How is TrueAudio Next useful to Steam Audio?

Indirect Sound
Steam Audio uses physics-based simulation to model two ways in which sound travels from a source to a listener. Direct sound is sound that travels in a straight line from the source to the listener, possibly passing through solid objects. Indirect sound is sound that is emitted from the source, bounces off solid objects repeatedly, and then reaches the listener.

Simulating and rendering indirect sound is the most computationally intensive part of what Steam Audio does, and TrueAudio Next helps manage this workload.

Note that Steam Audio does not use TrueAudio Next for applying HRTF-based 3D audio rendering. The computational cost of HRTF processing is significantly lower than that of convolution reverb: thousands of sources can be rendered with HRTF-based 3D audio using a single CPU core.

Why does Steam Audio support TrueAudio Next?

Steam Audio's existing CPU-based convolution has sufficient performance for many applications, particularly those that rely heavily on listener-centric reverb. However, with TrueAudio Next, Steam Audio can offer more flexibility to developers.

There are two main reasons why we chose to support TrueAudio Next in Steam Audio:

Steam Audio's support for TrueAudio Next does not in any way restrict Steam® Audio to specific hardware or platforms. We hope that our support for TrueAudio Next encourages hardware and platform vendors to provide more options for developers to balance their audio workloads against graphics, physics, and other workloads, which in turn will help them create better audio experiences for their users.

What are the benefits of TrueAudio Next?

Benefits of GPU convolution
TAN's OpenCL convolution algorithms move convolution from the CPU to the GPU, and help achieve significant audio processing speedups. This has the following advantages:

Benefits of resource reservation
Resource reservation causes TAN's convolution algorithms to run in isolation from any rendering, physics, or other tasks that the GPU is being used for. This has two broad advantages:

Figure: Performance improvements with increasing numbers of reserved CUs, for 1s IRs, 1st order Ambisonics, 1024-sample frames, and a 48 kHz sampling rate. The plot shows the maximum number of sources that can be processed within a 6ms budget. Increasing the number of reserved CUs allows more sources to be processed within the same amount of time.

Figure: Impact on GPU rendering performance when reserving 4 CUs for TrueAudio Next processing. The plots show the average FPS observed on various GPU benchmarks when run at the same time as a TAN benchmark using Steam® Audio. Measurements obtained using a Radeon RX 480 GPU with 4 reserved CUs, 256 total convolution channels and 1.3s IRs. All values are shown as a percentage of a baseline that is obtained when the TAN benchmark is not running. For example, reserving 10% of the available CUs reduces the average FPS in the Timespy benchmark by about 10%.