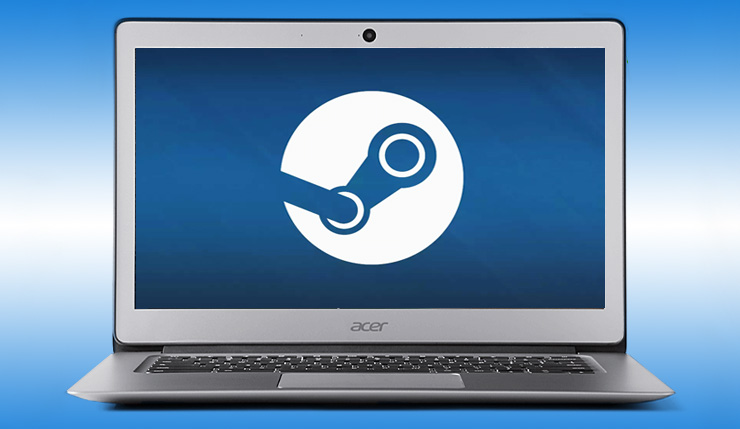 Consumers are increasingly turning to low-cost Chromebooks for their portable computing needs, and yet, surprisingly little effort has been toward getting traditional, non-mobile games running on Google’s cloud-powered machines. As of now, none of the major PC gaming storefronts or launchers work on Chrome OS, but it seems that may be about to change.

According to Android Police, they spoke with Google’s director of product management for Chrome OS Kan Liu at CES 2020, and he let slip that official Steam support is indeed coming to Chromebooks sometime in the unspecified future. While not confirmed, Android Police claims Liu “implied” Google is working directly with Valve to bring Steam to Chrome OS.

Currently, there are roundabout ways to get Steam working on Chromebooks – you can install the Linux version of the Steam launcher using the Crostini Linux compatibility layer, but performance is less than ideal. An official Steam app for Chrome OS would likely iron out the kinks by using Valve’s open-source compatibility layer for Linux systems, Steam Proton.

Of course, even if Steam support does come to Chrome OS, the question remains -- what type of games would be playable? Most Chromebooks aren’t designed for gaming. Sure, retro titles and simple puzzle and adventure games would work, but what about stuff that needs a bit of GPU horsepower? Well, according to Liu, more gaming-capable Chromebooks are on the way, powered by AMD tech. I don’t expect you’ll be able to play Red Dead Redemption II on high settings on your Chromebook any time soon, but a few rounds of Team Fortress 2 or CS:GO? I could see something like that happening.

Any Chromebook users out there? What are your thoughts? Would you have any interest in playing Steam games on your Chromebook or do you just accept it’s only for certain things?