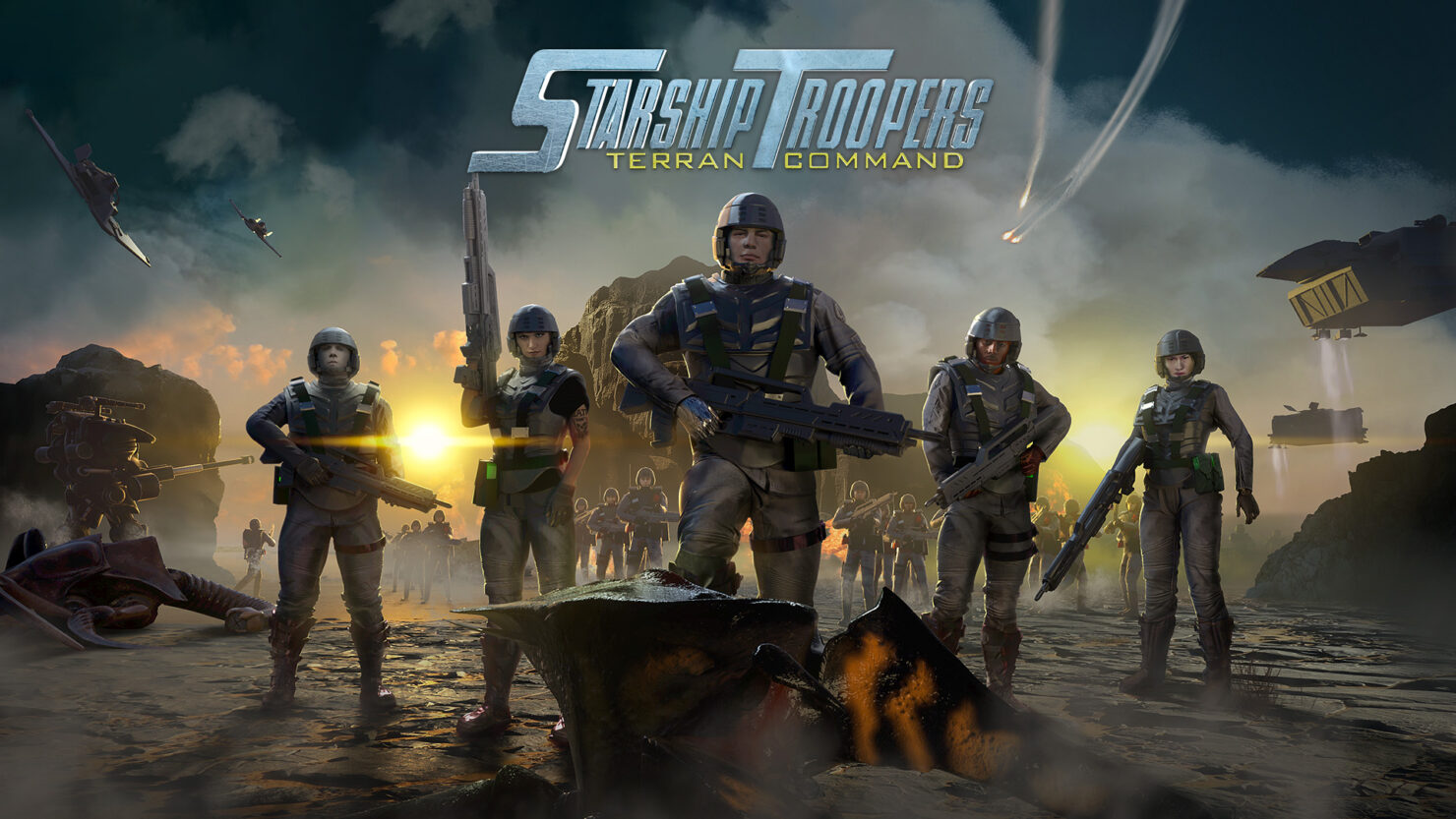 Starship Troopers is one of those classic titles that, despite a series of offensively bad live-action sequels - with a few reasonable animated ones, it remains a cult classic. When it comes to video games, you just don't see the series much at all despite the fact that it's simply perfect material for a game. Starship Troopers - Terran Command is looking to be the first game in almost a decade.

Maybe that's because we have Earth Defence Force titles. Maybe it's simply that the first game was good, but follow-ups - including a mobile released about seven years ago - weren't good. Taking up the mantle of humanity's saviours, publisher Slitherine LTD and developer The Artistocrats (Order of Battle) wants you to take the fight to the bugs and lead the soldiers to victory.

On the announcement of Starship Troopers - Terran Command, Iain McNeil, the Development Director at Slitherine, had this to say:

If you take one of the most iconic movies from the 90s and shape it into a strategy game of survival, that mixes classic real-time mechanics, tower defense and tactical deployment of units then you have ‘Starship Troopers - Terran Command’ in a nutshell. Modern strategy games are fast-paced and they successfully blend unit management, survival and captivating storytelling. Nothing is more suited to this type of gameplay than the Starship Troopers universe, where there is a continuous sense of danger and uncertainty

Set in the same universe as the original film, Starship Troopers - Terran Command is a game that places you and your soldiers at the heart of a human colony overrun by the Arachnids. Your task will be to save this colony and eventually take the fight to the bugs, using your limited numbers, you'll have to focus on the smart use of terrain, building what emplacements you can and using what overwhelming firepower you can muster to fight for survival. Iain McNeil also had this to say regarding the game:

When creating this game, we aimed to capture the essence of the original movie and its universe. This is not only achieved by creating a coherent set of units and scenarios, but also by mimicking the language, visual elements, dialogues and the little details that made the film such an iconic, cult feature.

Coming in 2020, these are the features of Starship Troopers - Terran Command:

Fight for control over an entire planet in the campaign mode, where the storyline and missions develop according to your choices and achievements on the battlefield. Remain obedient to the demands of Terran Command – no matter how costly or ruthless – to benefit from exclusive unit types and special abilities, or follow your own path to glory to become an irrefutable Hero of the Federation. Develop and customize your forces through a detailed technology tree and upgradeable leader characters that can be assigned to your units.

While the Arachnids can rely on virtually limitless numbers, the Mobile Infantry must develop effective tactics to overcome this imbalance. Deploy your units at strategic locations to cover vital choke points and gain superior firepower through tactical use of elevation levels. Be wary, however, that battle mechanics such as True Line of Sight and True Line of Fire also allow Bugs to lay ambushes around every corner, as they are well known for their use of surprise attacks and deception.

An expansive range of unique units, weapons, and special abilities are at the disposal of MI commanders. Infantry squads armed with Morita Assault Rifles and MX-90 Fragmentation Grenades form the mainstay of your forces. Rocket Troopers deliver deadly payloads with pin-point accuracy while Engineers are vital to shore up defensive positions with MG turrets, barricades, and minefields. As a campaign progresses, technological breakthroughs unlock the true potential of the Federation’s arsenal with Power Armor infantry squads, TAC Fighter airstrikes, Marauder mobile suits, and many more developments optimized for spraying Bug ichor across the battlefield.

If you want to learn more about Starship Troopers - Terran Command, Slitherine is revealing more in the official announcement right now over on their TwitchTV channel. As a fan of the IP, I can't help but be both interested and a little bit excited about the prospect of a new Starship Troopers game so I'd say check it out and, while you're at it, you can see an early gameplay teaser below.

You can also see the announcement trailer below.