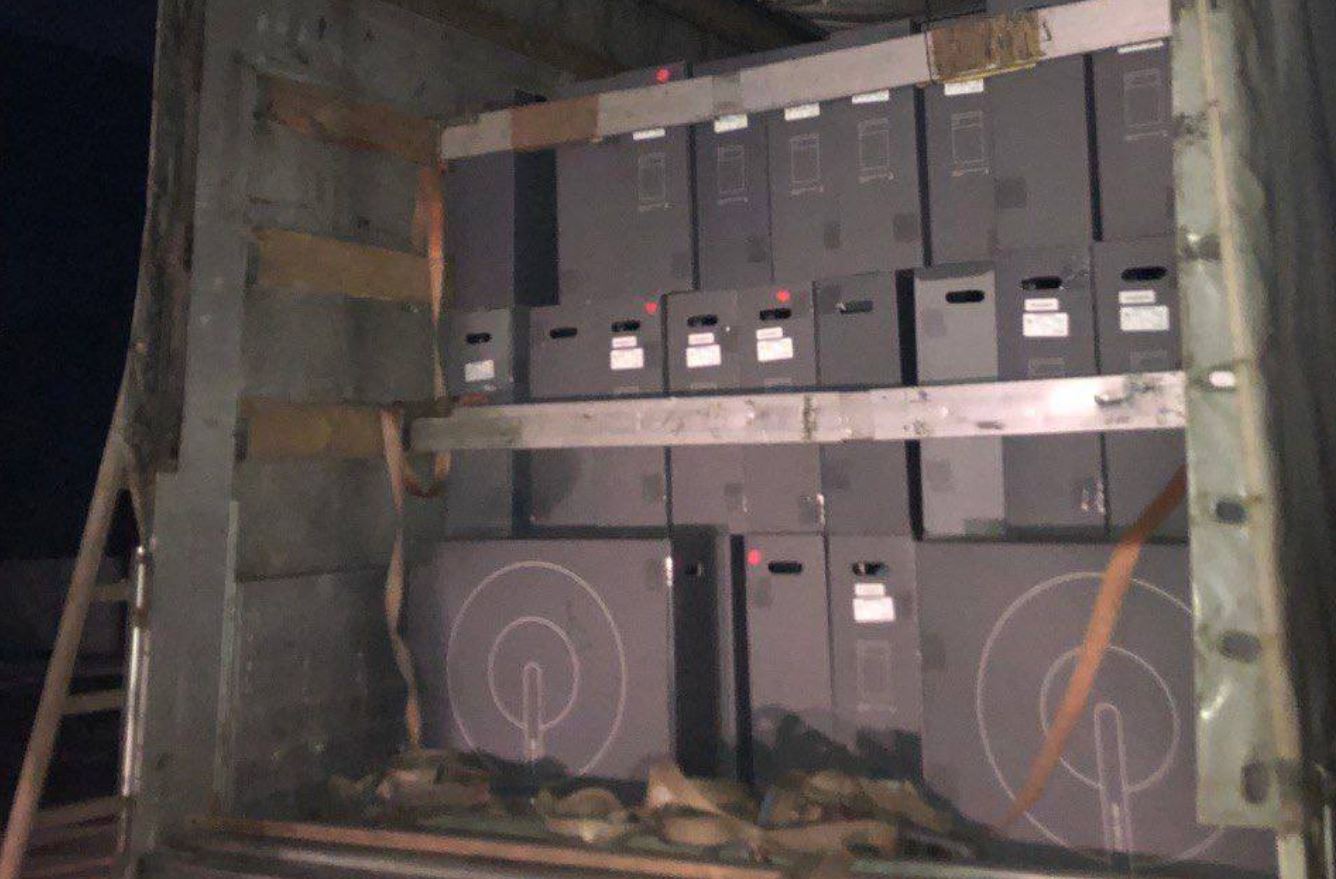 Social media has been playing a key part in disseminating information in war-stricken areas and internet services are usually one of the first things that an enemy targets. When internet services were disrupted in Ukraine on the eve of the Russian invasion, Vice President Mykhailo Fedorov reached out to Elon Musk to request assistance. In a moment that perhaps better fits a Hollywood movie, Musk proceeded to activate the Starlink network over Ukraine and promised to send over more terminals.

As it turns out, Elon can really move shipments when he wants to, because in a little over 24 hours, a shipment of Starlink dishes (affectionately called Dishys) has arrived in Ukraine (and already been distributed to some users). This would be quite the logistical feat in ordinary times but is not even the most impressive part of this story as you will see later.

We can see that the Dishy diagram on the box is of the circular kind - meaning that this is a shipment of Dishy V1s and not Dishy McFlatface (which is the name for the upgraded, square version). There are three rows of 9 boxes with 2 boxes at the very end, for a net total of 29 Dishys visible in the picture. Considering a standard truck length, this means we are easily looking at anywhere between a 110 to 218 Dishys (depending on how long the truck is). It also goes without saying that this picture simply informs us of the lower bound of the shipment (there could, of course, be more trucks not seen in the picture). 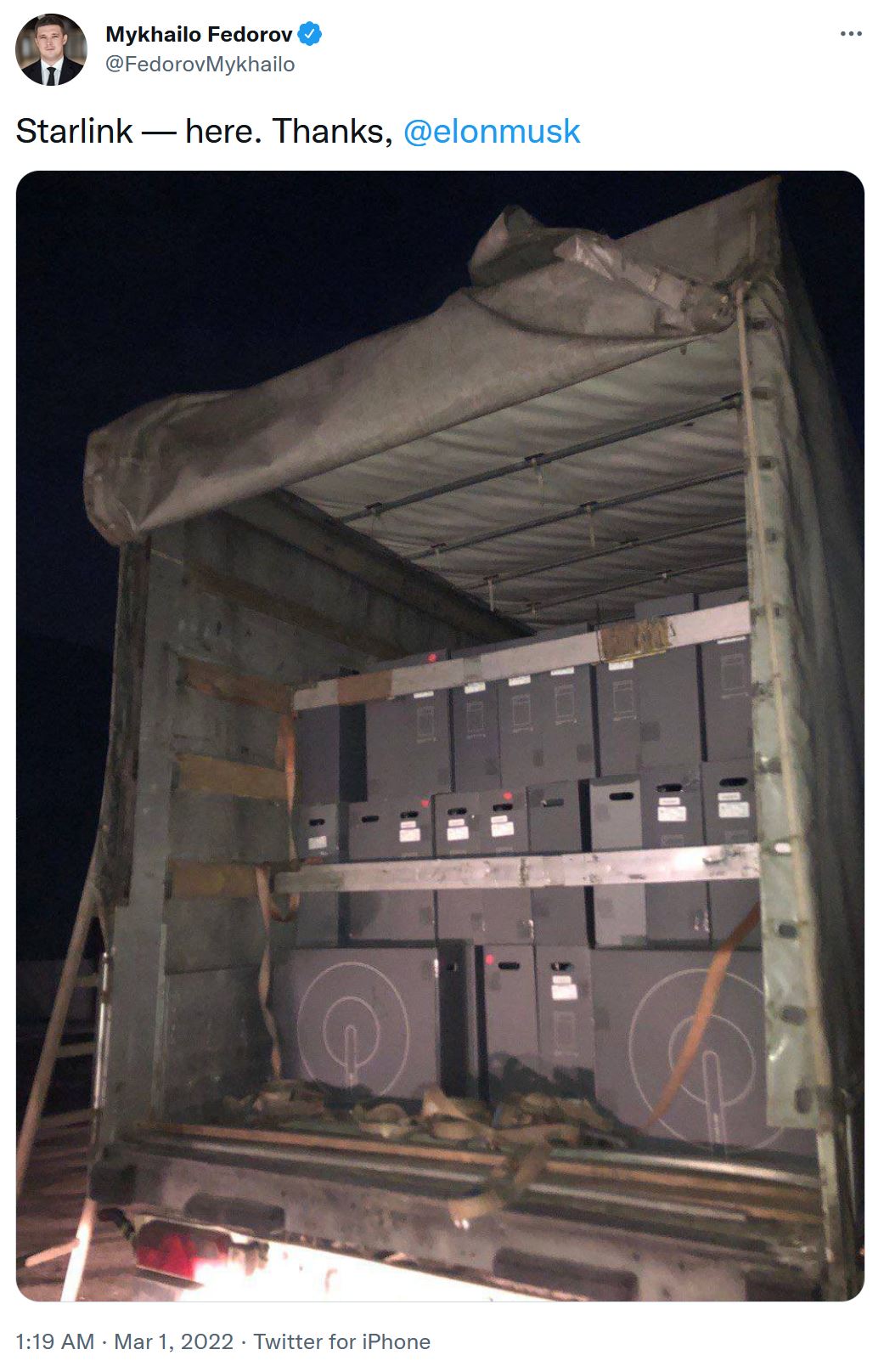 The average internet broadband speed in Ukraine, according to Cable.co.uk is 25 Mbps. A user in Ukraine has already run a speed test on the Dishy V1 (which is probably the first Dishy speed test in an area ravaged by war) and saw a sustained speed of 136 Mbps with a maximum speed of 200 Mbps. Considering the fact that this is almost 5x the national average for bandwidth and is available in a war-torn area - these results are incredibly impressive. His comments also say that this test was without any adjustments and is straight out of the window. Maximum speeds of up to 200 Mbps seem entirely possible in Ukraine with Dishy V1 hardware. 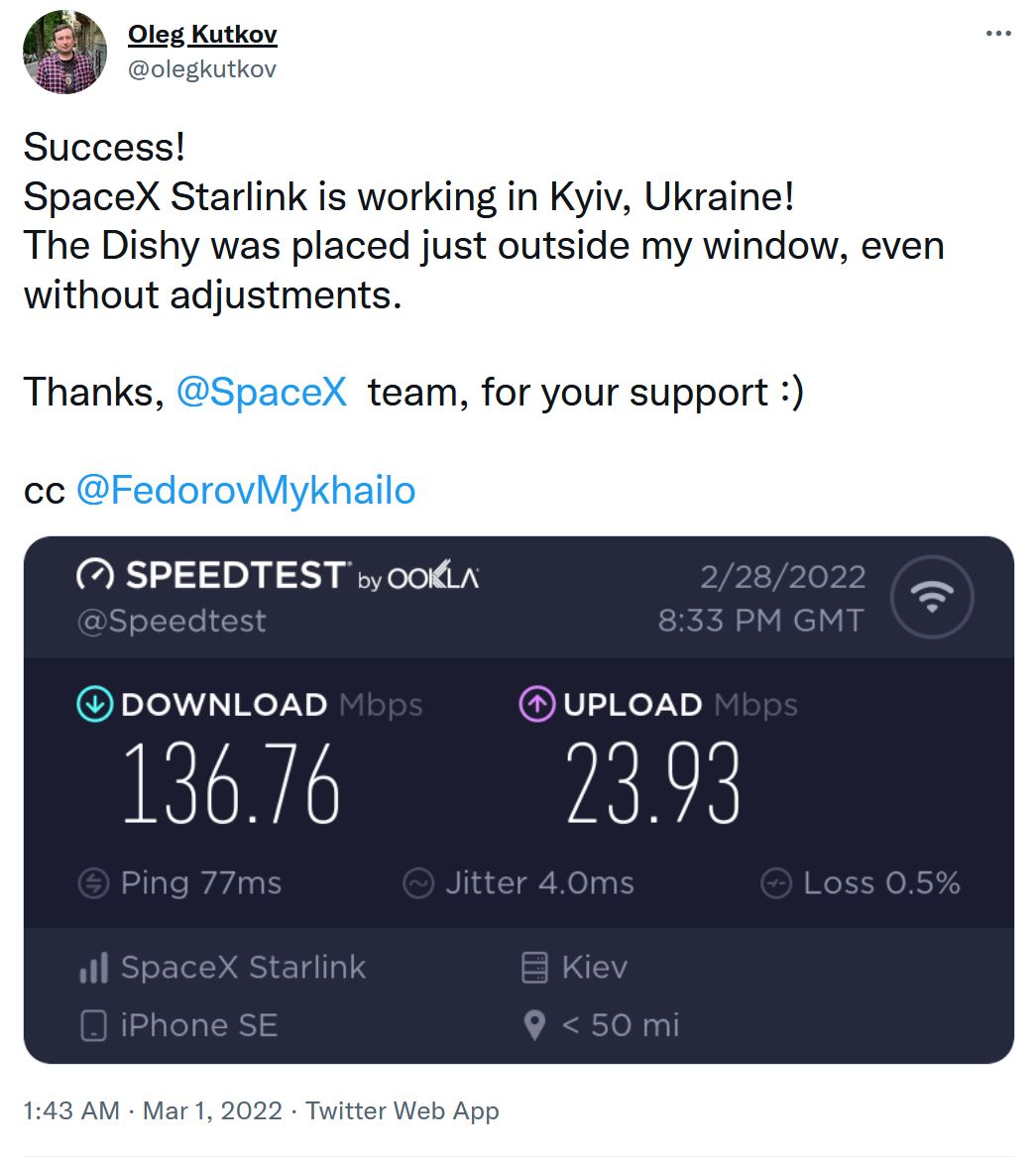 While we are really glad to see Elon reconnect a lot of Ukrainians to the Internet (wifi and routing will amplify the coverage provided by the Dishys exponentially), we would also like to urge caution because there is a chance that Russians could track the signal from the Dishys and use them as a homing beacon for missiles. You can read about this potential avenue of attack here. It is worth noting though, that this requires significant technological expertise and complete air superiority over Ukraine and is likely something Ukrainian forces will already know about (and will have planned accordingly). All in all, it seems like internet disconnections are going to become a thing of the past thanks to Starlink.