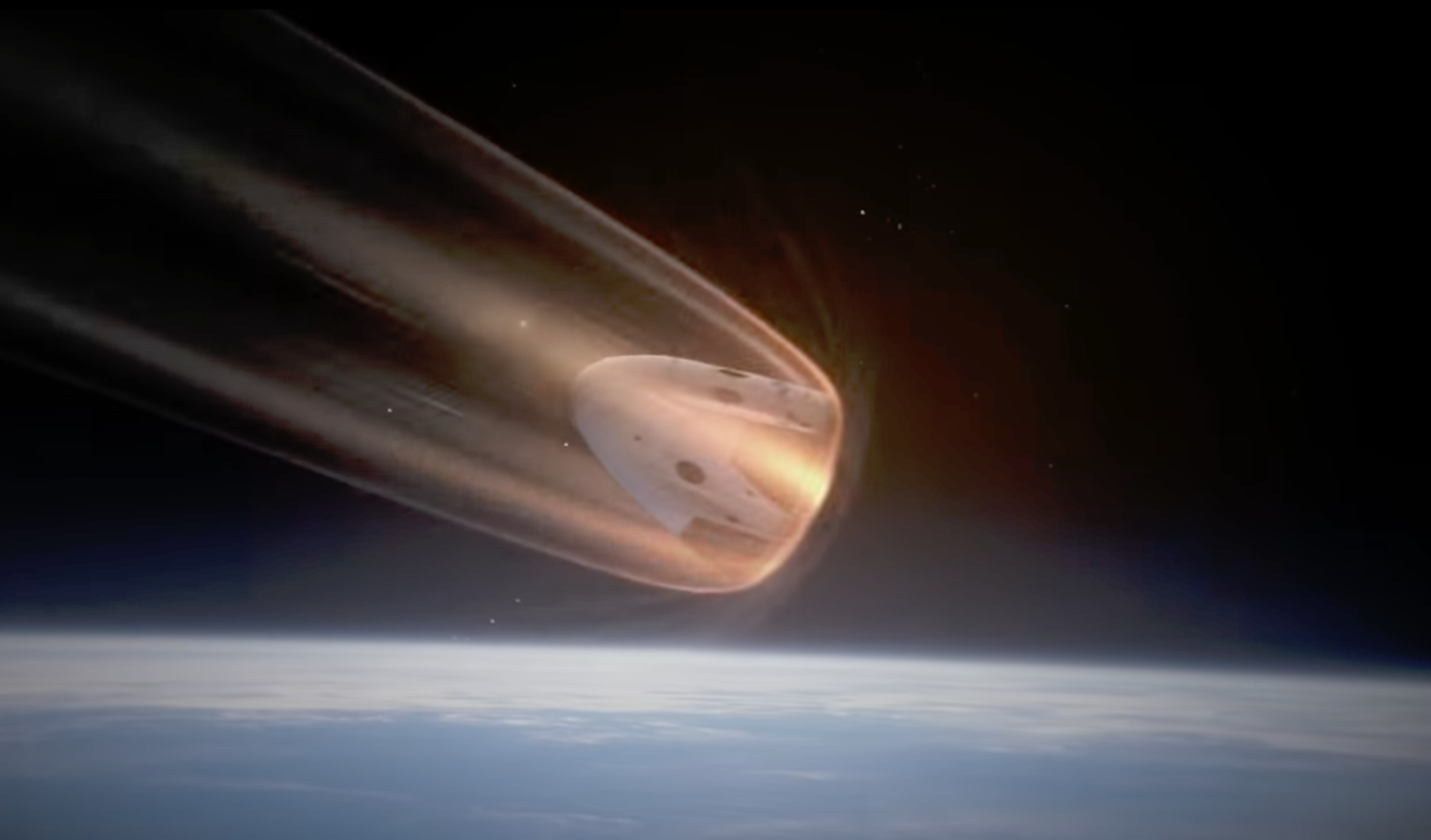 Space Exploration Technologies Corp. (SpaceX) plans to test its Starlink user terminals on its Starship next-generation launch vehicle system. Starship aims to fulfill SpaceX's foundational aim of making humans interplanetary, and paying complement to its fast-moving culture, SpaceX is on track to conduct an orbital test flight of the system within a year of successfully launching and landing Starship's upper-stage prototypes.

The narrative for these tests, which SpaceX submitted to the Federal Communications Commission (FCC), states that through Starlink, the company hopes to communicate with spacecraft that have reached extremely high temperatures while reentering the Earth's atmosphere and, as a result, experience a communications blackout. If the tests are successful, then the network could also help the National Aeronautics and Space Administration (NASA) astronauts during their reentry into the Earth's atmosphere and the Pentagon with its hypersonic vehicles.

The details reveal that SpaceX intends to place Starlink dishes on Starship's upper and lower stages during the system's highly-anticipated orbital flight set to take place soon. The application for the test also reveals that this flight will not take place in June and the earliest that observers can expect it to take place is in August. This is because in the application, SpaceX's director of satellite policy, Mr. David Goldman, lists down the operation's start date from August and expects it to end in October.

These terminals will be used to communicate with Starship throughout its five mission stages. These cover the vehicle sitting on the launch pad, during its ascent, the first stage booster's landing, the second stage's flight and eventual landing.

More importantly, as SpaceX notes in its FCC filing, through the test:

Starlink can provide unprecedented volumes of telemetry and enable communications during atmospheric reentry when ionized plasma around the spacecraft inhibits conventional telemetry frequencies[EMPHASIS ADDED]. These tests will demonstrate Starlink’s ability to improve the efficiency and safety of future orbital spaceflight missions

As seen above, through the tests, Starlink will test whether it is capable of overcoming the dreaded plasma communications blackout during a spacecraft's re-entry into the Earth's atmosphere. During reentry, a spacecraft heats the air below it to extremely high temperatures touching 3,000°F for NASA's Space Shuttle and 3,500°F for SpaceX's Crew Dragon. This ionizes the air and creates a layer of plasma around the spacecraft, preventing radio waves from the spacecraft from reaching their intended receivers.

For the Space Shuttle, the blackout lasted for half an hour, during which ground control remained unaware of the vehicle's status. NASA solved the problem by developing the Tracking ƒData Relay Satellite System (TDRSS), which received communications signals from the Shuttle through the vehicle's tail section where a gap in the ionized air allowed signals to pass through.

For Starship's first orbital launch, SpaceX will fit "multiple" terminals to "each" (upper and lower stages) vehicle to ensure that they have a clear view of the satellites in orbit. The TDRSS satellites operate at an altitude of roughly 36,000 kilometers, while the Starlink satellites orbit the Earth at 550 kilometers. A single Starlink terminal is much smaller than a TDRSS satellite. Still, the user dish, which can scan the horizon for satellites, ensures that connectivity is not lost despite the orientation of the vehicle on which it is mounted.

Should these tests be successful, then Starlink will provide NASA with a crucial capability to further enhance astronaut safety during their return to Earth. SpaceX's Crew Dragon also experiences a communications blackout during reentry, and should the company equip the vehicle with Starlink terminals capable of overcoming the plasma effects, then it will have ensured that the spacecraft has a continuous line of communication as it returns astronauts to Earth. Furthermore, plasma blackouts also affect vehicles entering the Martian atmosphere, and if the tests are successful, then Starship will be able to improve communications with Earth during its Martian missions.

Another use-case for Starlink should be hypersonic gliders developed by the Pentagon, should the tests be successful. These gliders are often attached to ballistic missiles, and the Pentagon has designed them to 'slip' into the Earth's atmosphere to avoid plasma buildup from high-temperature air friction.

Dynetics Common-Hypersonic Glide Body (C-HGB) is a hypersonic is one such hypersonic glider that avoids plasma buildup. Its tests, the latest of which was conducted last year, have shown the ability to communicate with ground stations throughout the flight, according to Mike White, assistant director of hypersonics at the Pentagon.

Yet, plasma blackouts remain a concern for hypersonic vehicles aiming to travel at or more than ten times the speed of sound. While some solutions, such as a multilayered structure or a redesigned antenna to 'match' the plasma layer, have been proposed, an internet terminal is a simple solution.

However, for a Starlink terminal to work on a hypersonic missile would require it to withstand the extreme temperatures which cause the plasma buildup in the first place. While the consumer terminals that SpaceX ships to the internet service's beta testers are unlikely to withstand these temperatures, the company will have to develop a new terminal to equip the fast-moving vehicles with its internet service.