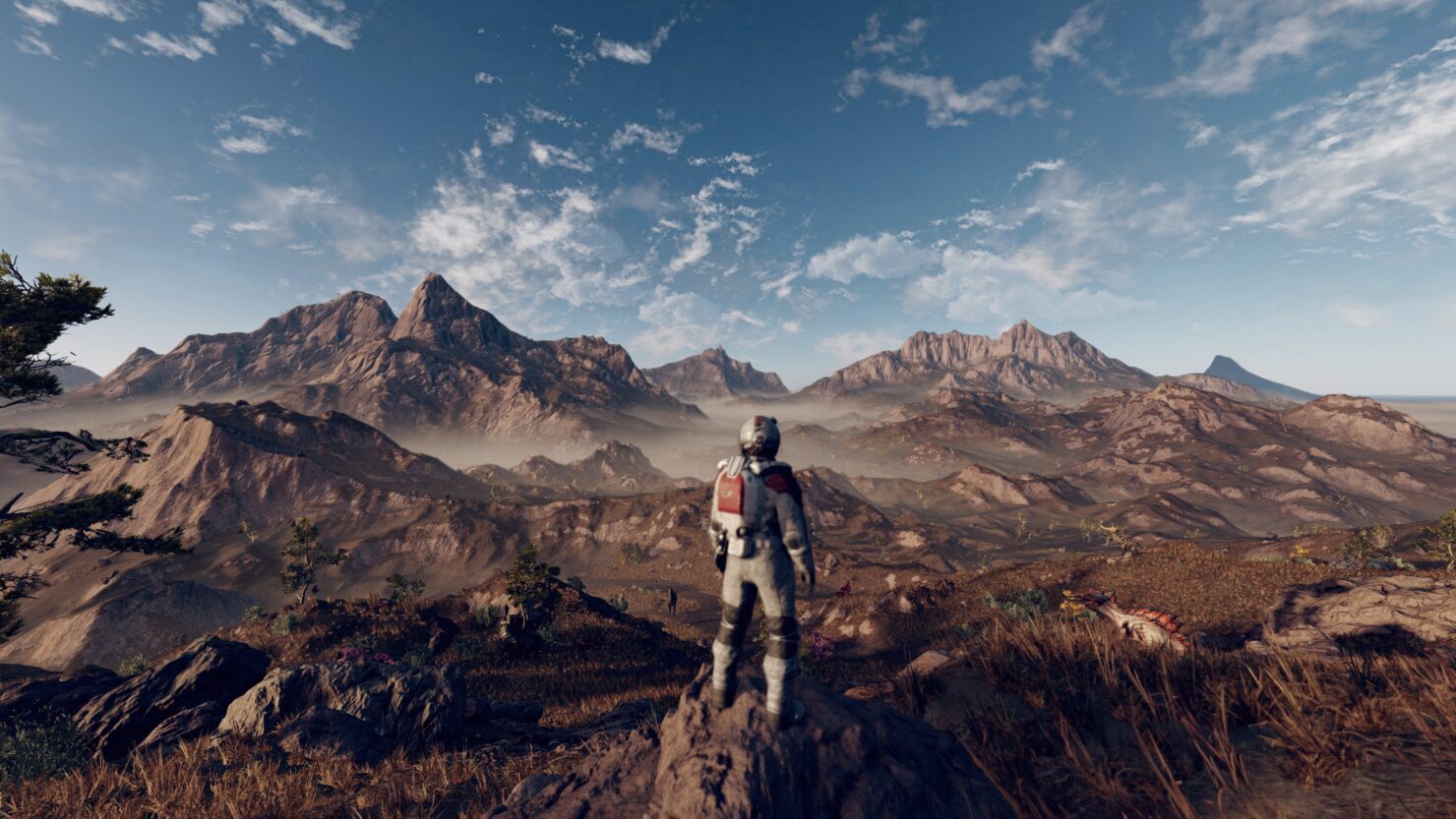 Following the Xbox & Bethesda Extended Showcase that aired yesterday, Starfield Game Director Todd Howard was featured in a lengthy live interview on IGN, answering plenty of questions on the game's mechanics and specifics.

One of the big reveals at Sunday's showcase was space combat, which according to Howard won't feel too twitchy. The developer also confirmed that you can board ships and even steal them, as well as smuggle goods across the galaxy as if you were Han Solo.

We want this to feel something unique. There's been a lot of space sims that we're fans of. You can see it in the video, your ship has various Power Systems, there's a little bit of FTL there in terms of putting how much power into three different weapon systems and then your engines and shield. The Grav Drive is what lets you jump and get out of some situations that you have to put Power to.

There is some dogfighting. We keep the pace fairly slow, one of the games that I love that we sort of look at for pace is MechWarrior, believe it or not, in terms of systems and power and being able to line things up. It's a little bit faster than that, but you know what I mean as opposed to a twitchy dogfighter. But the ship stuff is not just dogfighting, as you saw in the video you can dock with other ships, you can disable them, you can board them, there's actually some quests that involve that, you can steal ships. There's dialogue in space, there's space stations you can visit, there's smuggling, there's all the things that we would want and we'll be showing some more of that later but it's a good chunk of Starfield gameplay that we think is really fun when it comes to playing this type of sci-fi game.

Howard also commented on Starfield's main quest length, which should be quite a bit larger than Skyrim and Fallout 4's at around 40 hours. Additionally, he described Starfield as a dream for the modding community.

We usually aim for around that length if you look at our previous games, but this one's ending up a little bit longer. We may tune that some still and add some more quests, so it might be 20% more than our previous ones. Your mileage may vary as people generally don't straight line it, but if our previous ones if we aimed for let's say a 25-hour main quest, this one might be in the 30 hours, maybe 40 hours just for the main quest. Obviously, there are all of the other quests and faction lines and everything else. There's quite a bit there and we've sort of learned that people do play our games for a really really long time. They're still playing Skyrim, not straight for 10 years, but they leave and they come back and there's extra content. Certainly, we're going to be doing extra content for Starfield and we love our modding community, we actually think this game for our modding community is going to be a dream because there's so much they could do.

Indeed, given the huge amount of real estate (over 100 systems, over 1000 planets), Starfield could include the definitive playground for modders. Bethesda didn't say yet if the mod tools will be released right alongside the game, though.

Starfield should land at some point in early 2023 for PC and Xbox Series S|X.