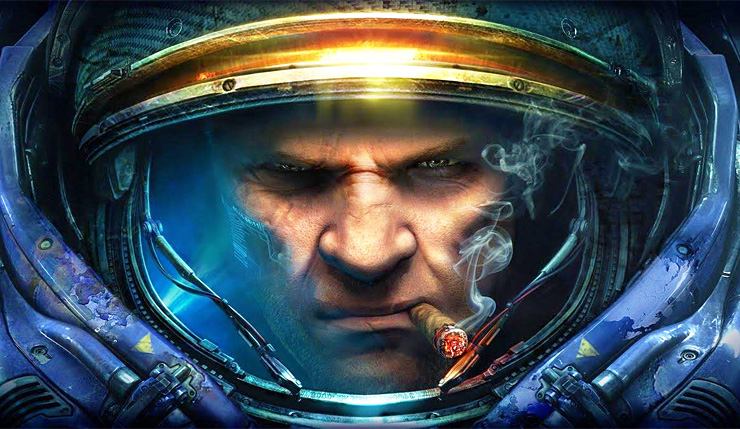 Blizzard has been developing a new StarCraft first-person shooter for the past two years, but, according to reliable Kotaku insider Jason Schreier, the project has been cancelled. The now-dead project, codenamed Ares, would have been a serious competitive shooter, described as “Battlefield in the StarCraft universe” by those who worked on it. Players would have take on the role of a Terran facing off against the Zerg hordes, and there were plans to possibly make the scaly aliens playable as well.

So, why was the StarCraft project canned? Reportedly, it was done in order to refocus resources on two sure-thing sequels, Diablo 4 and Overwatch 2. Diablo 4 has been known about for a while (you can catch up on some rumors here), but Overwatch 2 is a bit of a surprise, as Blizzard seems to be dedicated to supporting the original game indefinitely. According to Schreier, Overwatch 2 will have a large co-op PvE element, with some Blizzard devs comparing the game to Left 4 Dead.

While Blizzard hasn’t confirmed a StarCraft shooter was in the works, they did send this non-specific response to Kotaku…

We don’t generally comment on unannounced projects but we will say the following: We always have people working on different ideas behind the scenes – including on multiple projects right now – but the reason we tend not to discuss them publicly is because anything can happen over the course of development. As has been the case at Blizzard numerous times in the past, there is always the possibility that we’ll make the decision to not move forward on a given project.

Knowing that changes or disappointments can happen doesn’t make it any less painful when we have to shelve a project or when an announcement doesn’t go as planned. We always make decisions about these things, regardless of the ultimate outcome or how things might be interpreted, based on our values, what we believe makes sense for Blizzard, and what we hope our players will enjoy the most. The work that goes into these projects – whether they ship or not – is extraordinarily valuable. It often leads to great things and helps foster a culture of experimentation here.

Blizzard is going through a bit of a rough transition period right now. The company was recently hit with a spate of layoffs and is reportedly under pressure from the Activision branch of the company to churn out more regular content. A StarCraft shooter certainly sounds like a promising prospect, but I guess the studio wants to focus on safe bets right now.

Diablo 4 and Overwatch 2 will reportedly be the focus on this year’s BlizzCon. What do you think? Excited for Bliizzard’s upcoming sequels. Disappointed the StarCraft shooter bit the dust?