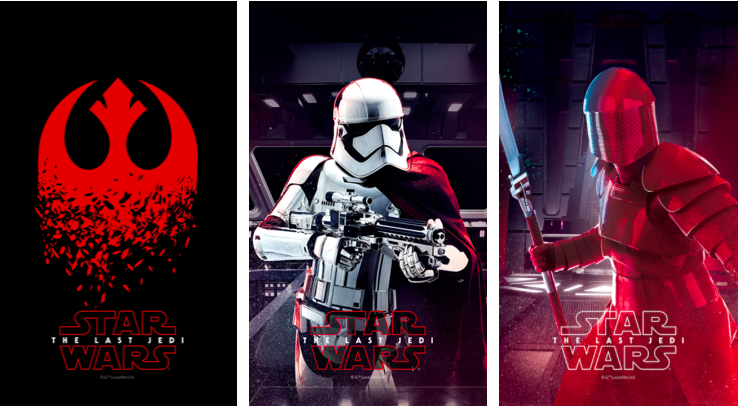 As Star Wars: The Last Jedi officially releases across many regions, the fans just can't get enough of the franchise. While Star Wars collectables have become common among fans and even some non-fans, its time to bring the Jedi to your smartphone screen. Celebrating the spirit of Star Wars, OnePlus recently launched the OnePlus 5T Star Wars Edition. The phone is loaded with some amazing Star Wars wallpapers that you would love having on your smartphone screen too.

These high-quality wallpapers explore various The Last Jedi-themed photos, right from Kylo Ren to stormtroopers. Complimenting the theme of the movie, all of these wallpapers have Sith touch that puts red in every imagery.

Of course, as these wallpapers are officially released for the OnePlus 5T, so they fit perfectly on 5T's screen. Applying them to bigger or smaller screens will vary the quality to some extent. But being high-resolution, they will do just fine for every Android screen and even on iPhones.

We have included every wallpaper in the gallery below, but you can also download one single file including all of them. To download the full-resolution images at one place, you need to go to this mirror by XDA Developers. After opening the link, you just unzip the file and explore all the wallpapers on your smartphone display.

Regarding the special OnePlus 5T Edition, it does not often happen that tech and movies come together for promotion, but OnePlus managed to strike the chord with the makers of Star Wars for branding a special edition OnePlus 5T. The device is currently up for purchase in India, Finland, Sweden, and Denmark. The phone comes with a SandStone-finish aluminium unibody along with a Red alert slider depicting the Star Wars theme. Except for the movie inspired design and some features, the device is just like the regular OnePlus 5T smartphone.