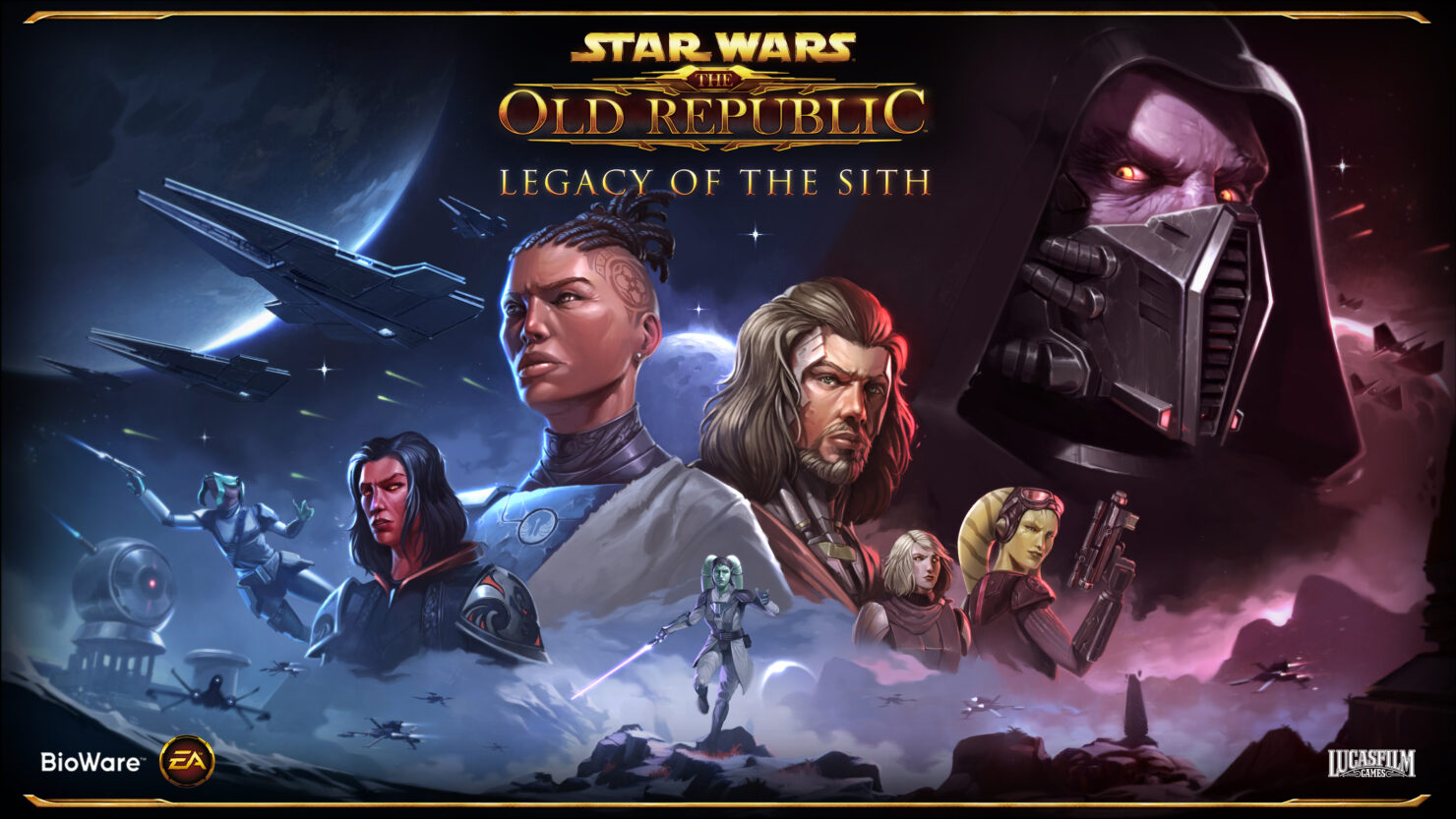 It's been ten years since Star Wars: The Old Republic launched. That's impressive, in all reality, especially when you consider the fact that Bioware and EA didn't even want to keep Bob Dylan alive for more than ten minutes. In the buildup to this anniversary and the upcoming Legacy of the Sith expansion, I was able to get a sneak peek of the Livestream shown to everybody. I heard a little more from the developers and was part of a Q&A involving myself and others.

Before that, let's have a quick look at the 10-year celebration montage because this is where I'd generally put an image, but I want something flashier this time.

Isn't that flashy? Star Wars: The Old Republic is an MMO I can support. It had an undeniably rough launch, but EA stuck with it, and it's now got a relatively stable fanbase. It's still profitable and worth EA and Bioware's time to maintain and develop this now ten-year-old title. I need to say it; it's like I'm almost always right. If developers stick with a game, it will be worth it as players will realise that things can and will get better.

But enough of that, let's talk about what's coming in Star Wars: The Old Republic - Legacy of the Sith. We can start by talking about where you'll be going, which is the water planet of Manaan. You may already have a retreat on Manaan, but don't worry - that will be unaffected. What will be affected is the rest of the planet. The republic will have to launch an attack to release the Empire's grasp in a bid to control the Kolto (read: medicine) supply on Manaan.

The sith leading this occupation? Darth Norok. Norok is a logistical master, but this person is not just a geek who can conquer Railroad Tycoon; they are also unbeaten in lightsaber duels. Legacy of the Sith should be an exciting challenge for Republic characters, joining Tau Idair and Arn Peralun to convince the Selkath, led by Colonel Gallo, that they only want to get rid of the Empire.

Several new characters will feature in the Legacy of the Sith expansion, many of which were revealed by the official account on Twitter.

In addition to Manaan, you will also find a new flashpoint, continuing the chase of Darth Malgus on Elom. Malgus is investigating some ancient ruins of an ancient sith lord, Darth Null, so it's time for you to head to Elom and explore what he's up to - particularly since a group of Republic archaeologists and one of Empire commandos have both dropped out of contact. Malgus is investigating this planet, and both the Empire and Republic are concerned shows that nothing good will come.

The theme of "nothing good" seems to be continuing in the new Operation in Star Wars: The Old Republic - Legacy of the Sith; The R-4 Anomaly. While separate from the expansion, it will be coming soon after, but was revealed alongside it. What's interesting about R-4 for me is the design of it, horror being the aim. A secret research base taken over by a cult formed by a group of Sith that even the Empire think are out there; you know nothing nice is coming.

Bioware said nothing explicit about the exact challenges you'll be facing in these new features, but what we know is that they're designed to be a step up from what you've already seen. Several new systems are being added to the game to help with this and help draw new people in. One of these is the move to combat styles (previously advanced classes); subscribers can also choose a second combat style.

These systems aim to open up characters, add more variety and customisation, and immediately get people into action. In addition, this with the origin stories further enhances the "Bioware" and story feel within The Old Republic, letting you choose your story but not tying your combat style to your story. The only limitation that remains is the dark and light sides when it comes to the force. The developers explicitly stated that this is the best time ever, thanks to this system, for returning players or new players.

For the Q&A, here are a few comments from the team; please note that most of these statements did not come from the questions I asked.

When asked about the mechanical changes coming with Star Wars: The Old Republic - Legacy of the sith, Charles Boyd, the creative director, stated:

We've got a variety of things. Some are a little more subtle, some are much bigger. There's a lot of general modernisation happening; we're updating several of our UI pieces in 7.0 and quite a few more in the year to follow.

A lot of that is for modernisation, just a refresh and making it more usable. Some of it's to make things scale better on 4K monitors that didn't exist when we shipped the game. But a lot of them are as a result of some of the other mechanical features, like combat styles, which is one of our biggest changes.

Charles also mentioned this other changes:

We're updating some of our gearing processes to be a little more vertical and traditional. As part of that, we're removing almost all RNG. It's very straightforward and direct to gear your player and receive the next piece of power you need.

When asked about the inspiration behind R-4 and the horror feel it has, Charles had this to say:

For the operations in particular, some of the guys that work on them are so brilliant. I like to be a little more hands-off because I think, when the team is developing all aspects of it, it comes together better, they get a better sense of ownership and how it can all connect.

It was driven by the team and designers creating the operation... It's characters that they're passionate about, want to keep going, elaborate on and explore. We were all excited to see where they wanted to take it, and wanted to go.

I think, for them, the progression of the characters and challenges they wanted the players to face, from a creative endeavour it's fun to try new things. New experiences, new types of enemies to face opens up new mechanics and new challenges to offer. I think that was their main motivation, making it the coolest operation yet.

Star Wars: The Old Republic - Legacy of the Sith sounds interesting based on everything I've heard so far. It's probably more attractive to the big Star Wars fans around - I'm more of a Trek person myself - but even those who aren't Warsies, who are playing the MMO, will have a fair amount of new content to dig into when the expansion releases on the 14th of December.

Also, a little bonus, Until the 5th of December, you can redeem code LotsOfTau to receive Tau Idair as a stronghold decoration.