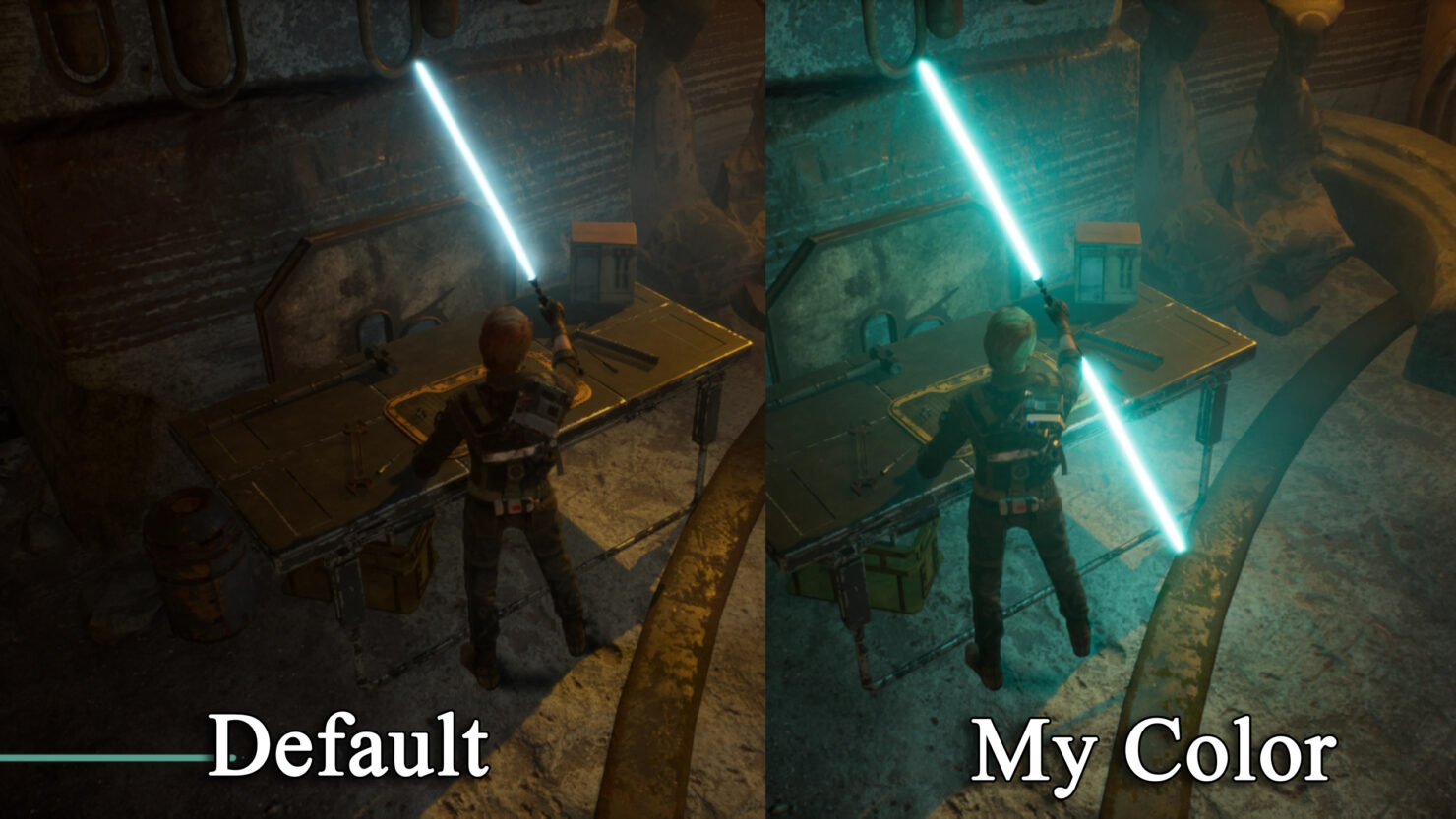 A new mod has been released today for Star Wars Jedi Fallen Order, bringing some improvements to the game's Lightsaber.

The Better Lightsaber Colors mod improves the game's Lightsaber colors slightly using the Color Editor released earlier this month. If you have no intention of putting together some custom colors, but still want to improve them, this is the mod for you.

This is a pak that I've put together using Callyste's Lightsaber Color Editor. These are the saber colors that I've created, which make the lightsabers stand out a lot more than the default colors in my humble opinion.