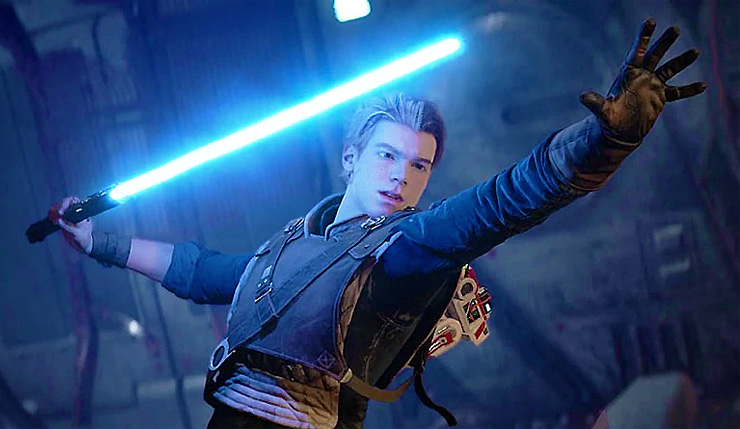 Star Wars Jedi Fallen Order does its very best to make players feel like Jedi, but it seems like the game's mechanics are not enough for some fans.

Twitch streamer Rudeism created a working Lightsaber controller to use for the game's combat. He also created a glove controller to simulate the Force. Needless to say, this is very impressive, and the game looks even more fun.

I've been working on this build for a while now - initially, it was just the lightsaber, but if you have the option to put in 1:1 Force powers, why wouldn't you?

The lightsaber has a bunch of LEDs that light up when you flick the blade out, an inertial measurement unit (IMU) inside that detects swings (and deactivates when the blade is retracted), a couple of thumbsticks on it for aiming and D-pad commands, as well as a bunch of buttons for things like jumping/dodging/etc. The glove handles movement via a thumbstick, as well as another IMU for Force powers! It's a ton of fun to use, and it might be my new favourite thing in the world now.

Just gotta beat the game - I started off on Jedi Knight difficulty, but I decided to crank it up to max difficulty just to see if I can. Managed to take out the second boss, so I think it's got promise!

You can check out how Star Wars Jedi Fallen Order plays with these controllers by checking out Rudeism latest stream.