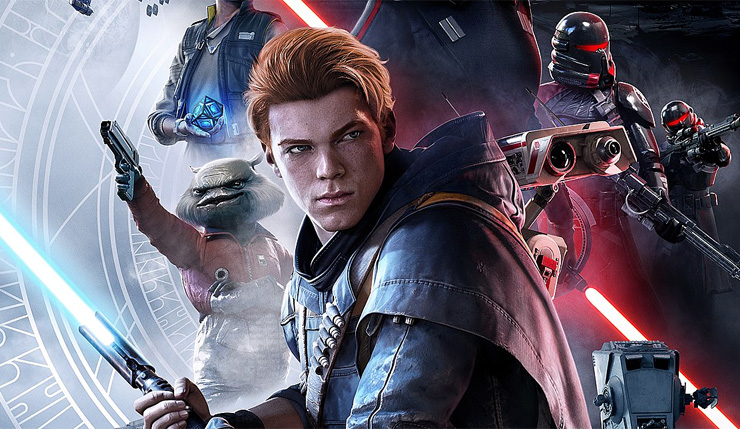 EA Play 2019 just kicked off in a big way, with our first look at Star Wars Jedi: Fallen Order gameplay. It was a nice meaty look, too, as we got 15 minutes of uncut footage showing off lightsaber combat, traversal, and a bit of story. You can check out the full demo for yourself, below.

For those who don’t have time to watch right now, the footage is taken from a mission about three hours into the game. Fallen Order protagonist Cal Kestis is tasked with invading an Imperial refinery on the Wookie planet of Kashyyyk in order to rescue some of the furry critters. Interestingly, the game seems to draw heavily from Star Wars: Rogue One as we see Forest Whitaker’s character Saw Gerrera and at one point Cal faces off against a K-2S0 droid.

We’re also provided a nice look at Cal Kestis’ powers. The guy can slow time, draw in or deflect enemies with the force, throw and retrieve his lightsaber, and climb and wall run to get around (this is a Respawn game after all). The guy is basically a Jedi Prince of Persia – in fact the whole game bears more than a passing resemblance to Ubisoft’s sadly-neglected series.

A Galaxy Under Imperial Rule: The Empire seeks to eradicate all Jedi after the execution of Order 66. You, a Jedi Padawan-turned-fugitive, must fight for your survival as you explore the mysteries of a long-extinct civilization in hopes of rebuilding the Jedi Order.

A Jedi On The Run: After narrowly escaping the Jedi purge, you’re on a quest to rebuild your fallen Order. Pick up the pieces of your shattered past and complete your Jedi training, all while staying one step ahead of the Empire and its deadly Inquisitors.

Master Your Abilities: Utilize your Jedi training to overcome your opponents and solve the mysteries that lay in your path.

The Galaxy Awaits: Use the Force to augment the way you explore, allowing you to traverse new paths and discover parts of locations you’ve been to before. Move quickly, though. The Empire is on your trail and won’t stop until every Jedi is exterminated.

Star Wars Jedi: Fallen Order wall runs onto PC, Xbox One, and PS4 on November 15. What do you think? Did this first footage wow you? I’m not sure the game is going to break any new ground, but hey, they don’t make many traditional triple-A action adventure games like this anymore, so I’m definitely still excited.