While the force was not strong with Star Wars Kinect it seems that the game series still has a chance of coming back into the spotlight with a new mystery game to be announced at this years E3 2012, so far the only hint about the game is Lucasarts has trademarked the name Star Wars 1313 but it is a striking resemblance to Boba Fett's alias "CT - 1313" in a novel titled "Boba Fett: Maze of Deception". This could be a potential hint that the game is based on Boba Fett which is really possible considering Jango Fett was able to get his own game on the previous generation consoles titled "Star Wars: Bounty Hunter" which gave you a back story of how the bounty hunter went from being a lone wolf to a gun for hire for the empire. 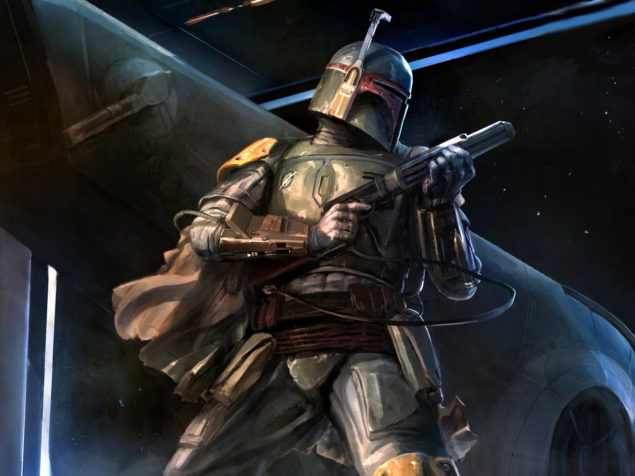 While there are no real clues to the new mystery game of Lucasarts it is known that the studio did trademark "Star Wars 1313" and as I mentioned earlier "CT-1313" was Boba Fett's Alias in a Star Wars Novel based on him. While the idea of a Bounty Hunter Centric Star Wars isn't entirely farfetched seeing as how Boba's Father Jango had his own PS2 game which gave us a break from the lightsaber wielding crew and gave us the story of the underdog bounty hunter of the series its only fair that Boba gets his time in the spot light in the current generation.

GameTrailer has confirmed that the game will be revealed on May 30th with Gameplay Footage following June 4th, While I am only speculating the title being a Boba Fett centric title it can be almost anything, what do you think the title could be?