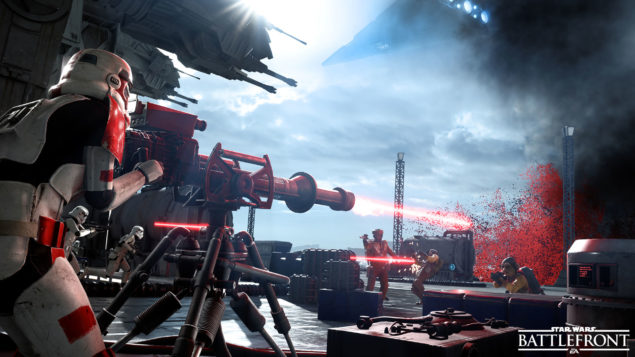 The changelog for the first Star Wars Battlefront Patch (1.01) has been shared by those users who are lucky enough to have the game already. 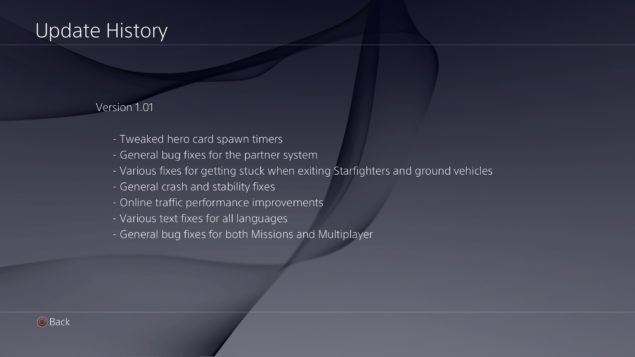 Star Wars Battlefront is already playable by EA Access subscribers on Xbox One for up to 10 gameplay hours, so you can already head on Twitch and check out some live gameplay; Microsoft recently sent out free EA Access codes, so check out your Xbox Live inbox and you might have a surprise there.

The Companion app is already out, though. It contains all the information about the game you can possibly need, but if you follow Wccftech then you already know it since we reported the leak weeks ago.

Star Wars Battlefront officially comes out on November 17 in North America and November 20 in Europe for PC, PlayStation 4 and Xbox One. Are you ready to answer the call of the Force?