Star Wars: Battlefront – “Yes That is Actually What the Game Looks Like”

Star Wars Battlefront will make its debut at The Star Wars Celebration event next Friday April 17 2015. The upcoming trailer is said to feature in-engine footage, according to DICE's Lead Level Designer, Dennis Brannvall. A new image that has been made available shows Darth Vader holding his red lightsaber. The image appears to feature Anakin Skywalker without the helmet, or its is just a case of the Darth Vader skin on a completely different character.

Regardless the image hints at the inclusion of lightsabers, as no Star Wars game would be complete without them. 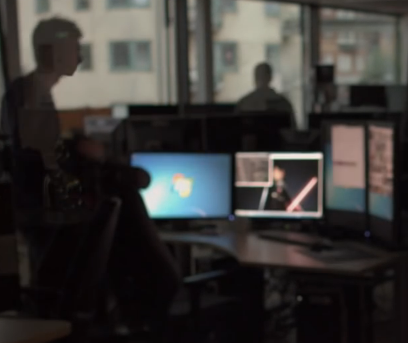 Star Wars: Battlefront is likely going to astound us when it gets revealed next week

Indicating that what we will be watching next week will be so unbelievably beautiful, that we will be asking whether it is actually in-engine footage, DICE's Lead Level Designer, Dennis Brannvall, tweets his answer in advance  "Yes That is Actually What the Game Looks Like."

I'm going to answer a question in advance: Yes, that is actually what the game looks like.

We have to be patient for just a little bit longer, as next friday we will witness Star Wars Battlefront for the first time. The game uses DICE's Frostbite engine so it should be looking quite special.