Star Wars Battlefront out December 10 According to Gamestop Listing

Star Wars Battlefront might be releasing in time to coincide with the release of Star Wars: Episode VII – The Force Awakens. The latter will be making its way to the big screen on December 18 bringing the immensely anticipated next iteration of the Star Wars saga to millions of anticipating fans. 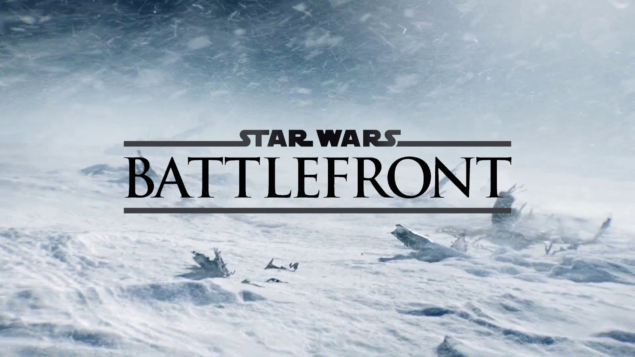 According to Gamestop Italy, Star Wars Battlefront will release on December 10, a week before the movie. for the PC, PlayStation 4 and Xbox One. Star Wars Battlefront is said to include missions based on The force Awakens, so this could be quite questionable. The missions and content based on the new chapter in the star Wars saga might be unlocked at a later date though, so this issue could not be a factor. 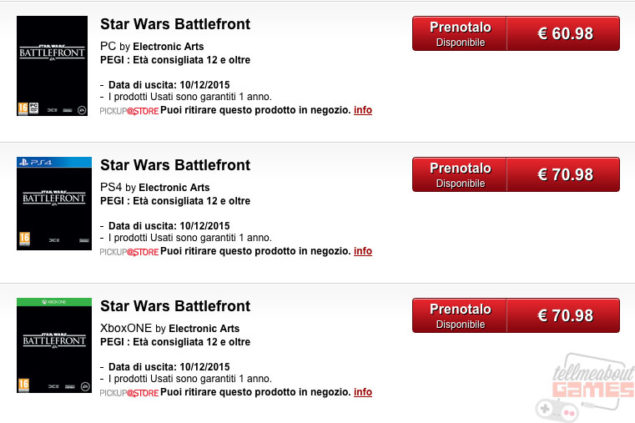 Gamestop Italy recently listed Rainbow Six Siege with an October 16 release date, which was taken down shortly after. Star Wars Battlefront will be making its gameplay footage debut at The Star Wars Celebration on April 17 2015, so fans will not have to wait much longer. There are rumors that other Star Wars video game projects will also be making an appearance at the celebration, including a title by Visceral Games as well as a rumored Star Wars title by Bioware.

Even though, this remains to be seen there's no doubt that Star Wars fans definitely have a lot to look forward to. We will bring you any news on Star Wars Battlefront and other Star Wars projects as soon as it becomes available. Be sure to check out our previous coverage for more, here and here.