Star Wars Battlefront Will Actually Have Dedicated Servers, According to EA DICE

It seems that there has been some confusion with the announcement by DICE that Star Wars Battlefront will offer a skill-based matchmaking service akin to CSGO or other shooters, as opposed to the traditionally Battlefield server browser. This was obviously not very well received. 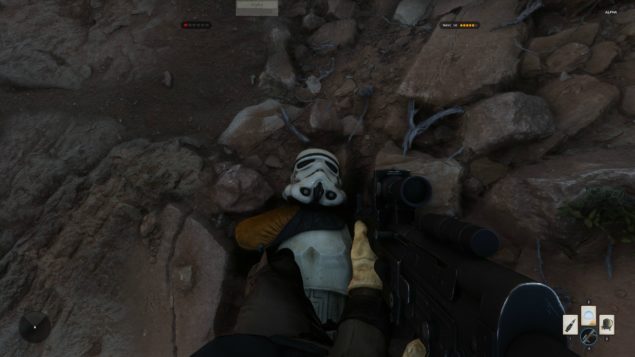 Dedicated hosted servers will remain a staple of the Battlefront Series.

The assumption from that announcement was that there also wouldn't be dedicated servers, something that could very well make the game unplayable for a vast majority, by only allowing you to play adhoc games when a group of people are ready to play. This would mean you wouldn't be joining up mid-game, and certainly without dedicated servers, lag and network issues could become huge issues. Not to mention the bandwidth and data cap issues if the server is hosted client-side.

Speaking with PlayStation Lifestyle, Jamie Keen was able to squash those rumors indefinitely by letting us know that they will indeed have dedicated servers, regardless of being able to browse them.

We’ll still have dedicated servers. Absolutely. It’s one of the hallmarks of making sure we deliver an unparalled online servers for the game.

Does this mean that we'll have to queue up every time we want to play a game? Or will servers be dedicated for particular ranks or skill levels that we'll be placed into when we wish to play? That question has yet to be answered, but I sincerely hope that we'll be able to join mid-game if we choose to.